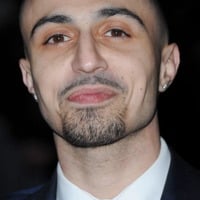 Adam Deacon net worth: Adam Deacon is a British actor, director, writer and rapper from Hackney, London who has a net worth of $4 million. His full name is Adam Steven Deacon. He drew attention to the world by his leading role in the film "Kidulthood". He was born on 4 March in 1983 in London. Adam was looked after by his mother because when he's two years old his father left them. From that time, still now his father never contacted with them. Adam started acting in different characters in various theaters when he was 12 years old and at the same time he was also trained on acting from the Anna Scher Theatre. As a guest appearance he launched his acting career in Bill's New Frock. On the other hand, he also acted in a drama in ITV in 2004, which is "wall of silence". Adam comes into limelight and becomes popular by the leading role for the urban-drama film named Kidulthood. However, he's lately acted in Anuvahood and it was revealed on March 2011. Besides starring lead role, he is also a co-writer as well as co-director of this film. Therefore, Adam was selected the new star of youth cinema by the Time Out magazine and not only that he was also awarded by the rising star award, BAFTA in 2012. Furthermore, he was also a co-host of the "Music of Black Origin Awards" in the November of 2012 with Miquita Oliver where Adam played a comic role. Decan has appeared in some music videos to name a few are – "Who wants to be a millionaire" by Bashy, "Chipmunk's Chip Diddy Chip" etc. He's not only a musician but also a musical performer mainly known for his 2 tracks of the soundtrack to Adulthood. "On It 08" and "Adamhood" are the most popular two tracks of his music's.