Action Bronson net worth: Action Bronson is an American hip hop recording artist who has a net worth of $16 million dollars. Action Bronson made his major label album debut with "Mr. Wonderful" in 2015. Before this, he released a number of mixtapes, including "Rare Chandeliers" and "Blue Chips." On television, Bronson has hosted the eclectic talk/variety program "The Untitled Action Bronson Show" and the culinary travel program "Fuck, That's Delicious," both originally aired on the Viceland channel.

Early Life and Career Beginnings: Action Bronson was born as Ariyan Arslani in 1983 in Flushing, Queens, New York City. His mother is American and Jewish, while his father is Albanian and Muslim. He was raised in his father's Muslim traditions. In Bayside, Queens, Bronson went to Bayside High School. Later, while rapping as a hobby, he became a gourmet chef in New York City, and hosted his own online cooking show called "Action in the Kitchen." After he broke his leg while in the kitchen, Bronson decided to focus exclusively on a career in music.

Start of Rapping Career: Bronson's debut studio album, "Dr. Lecter," was released independently by Fine Fabric Delegates in March of 2011. Later that year, he released "Well-Done," which was made in collaboration with hip-hop producer Statik Selektah. The next year, Bronson released the mixtape "Blue Chips," a collaboration with songwriting and record production team Party Supplies.

Major Label Deal: In 2012, Bronson signed a management deal with Goliath Artists, which has also worked with such names as Eminem, Blink-182, and the Alchemist. With the latter artist, Bronson made the mixtape "Rare Chandeliers," released in November of 2012. Also in 2012, Bronson joined Warner Bros. Records and the concert booking agency NUE. Additionally, he was featured on two tracks from "No Idols," a collaborative album by the Alchemist and Domo Genesis.

Bronson kicked off 2013 by performing at the Coachella Valley Music and Arts Festival. In May, he was moved to Atlantic Records, through which he released his EP "Saaab Stories." Produced entirely by frequent collaborator Harry Fraud, the EP featured guest appearances by fellow rappers such as Wiz Khalifa and Prodigy. Later in 2013, Bronson released his sequel mixtape "Blue Chips 2."

Tours and Later Music: Along with Eminem, J. Cole, Kendrick Lamar, and 360, Bronson did a brief tour of Australia, New Zealand, and South Africa in February of 2014. In August, he released "Easy Rider," the first single from "Mr. Wonderful," his debut album on a major label. The album, which debuted at number seven on the US Billboard 200, featured guest appearances by artists including Chance the Rapper, Big Body Bes, and Chauncy Sherod. In addition to "Easy Rider," which paid homage to the eponymous 1969 film, the album spawned the singles "Actin Crazy," "Terry," and "Baby Blue."

In 2018, Bronson released the album "White Bronco," which featured "Prince Charming" and the title track as singles. To support the album, he went on tour from February to March in 2019. In 2020, Bronson released his next album, "Only for Dolphins"; on top of the music, he hand-painted both the album's cover and interior art. 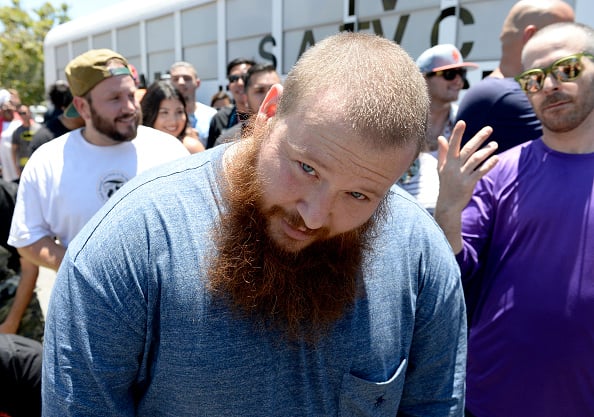 Television and Film: Drawing on his background as a chef, Bronson has hosted two culinary shows on the Viceland channel. The first, called "Fuck, That's Delicious," followed Bronson around the world as he visited restaurants and tasted a variety of cuisines. A fifth season, aired in 2021 on YouTube, explored Bronson's fitness lifestyle and his own brand of cooking. Over the years, the show has featured both renowned chefs and friends of Bronson's, including rappers the Alchemist, Meyhem Lauren, and Big Body Bes. The second of Bronson's Viceland channel programs, "The Untitled Action Bronson Show," ran from 2017 to 2018. A food-oriented late-night talk and variety show, it featured culinary and musical guests, as well as unusual performers such as sumo wrestlers, potters, ax throwers, knitting circles, and more. Celebrities on the show, meanwhile, included Michael Imperioli, Mario Batali, Debi Mazar, Rosie Perez, David Arquette, and Awkwafina.

On the big screen, Bronson made a cameo appearance as a coffin salesman in Martin Scorsese's 2019 gangster film "The Irishman." In 2020, he had a cameo in the Judd Apatow dramedy "The King of Staten Island," starring Pete Davidson, Marisa Tomei, Bill Burr, and Bel Powley.

Style and Influences: In his lyrics, Bronson often raps about food. Additionally, he is known for somewhat obscure references to sports teams and athletes, including professional wrestlers, bodybuilders, and figure skaters.

Among the artists who have influenced Bronson are Michael Jackson, Mobb Deep, the Wu-Tang Clan, Nas, Queen, and Carlos Santana. Specifically, many people have noted Bronson's stylistic and lyrical similarities to Ghostface Killah of the Wu-Tang Clan.

Personal Life and Controversies: With a former girlfriend, Bronson has two children; with another girlfriend, he had a son in 2019. In 2020, uncomfortable with his weight of 400 pounds and his various related health issues, Bronson began a regimen of healthy eating and exercise. By the end of the year, he had lost around 127 pounds.

Bronson has drawn much controversy for both his songs and his public statements. In 2016, after he was announced as the headlining performer for George Washington University's spring concert, students protested the rapper due to his past homophobic, transphobic, and misogynistic comments. As a result, the University canceled his performance. The same year, Bronson was disinvited from Trinity College's spring concert for the same reasons. 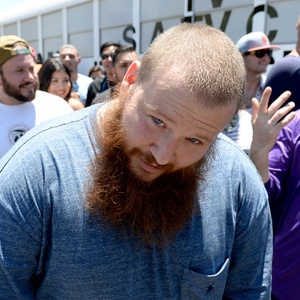