6IX9INE aka Tekashi69 Net Worth

What is Tekashi69's net worth?

Tekashi69 is an American rapper, social media personality and convicted felon. As of this writing, Tekashi69 has a net worth of $500 thousand. Tekashi is one of the most controversial rappers in the world, both in terms of his art and his personal life. In 2015 he pled guilty to a felony charge of using a child in a sexual performance. In 2018 he was arrested on racketeering, weapons, drug charges and conspiracy to commit murder. In return for a reduced two-year sentence, Tekashi testified against his former gang associates. He was released early due to the COVID-19 pandemic and placed under house arrest.

During his relatively brief career (so far) Teskashi has been able to earn extraordinary sums of money. He has purportedly signed several appearance and contract deals that had the ability to pay, cumulatively, tens of millions of dollars. We'll discuss Tekashi's finances in more detail in the next paragraph.

Speaking frankly, Tekashi69's finances are a bit hard to pin down from month to month. Without question he has signed several multi-million dollar record and concert contracts. He has also earned millions from streaming royalties, primarily thanks to his YouTube channel where he currently has 20 million followers and more than 5 billion video views.

On the other hand, after being sentenced to prison, Tekashi's career was essentially put on hold for two years.

In March 0f 2022, Tekashi submitted documents to a court in which he claimed to be facing severe financial problems due to loss of income primarily because his career had been on hold for two years. He claimed to be receiving no royalty income and was unable to to generate income via touring.

"Right now, I am struggling to make ends meet. I do not know if I will ever command the kind of advances I was paid before my arrest, and my career stalled."

The documents were part of a civil lawsuit brought by two former associates. He further asserted that if the lawsuit proceeded, it could "bankrupt" him.

A day after posting the above video to Instagram, Tekashi appeared on TMZ Live and was asked point blank by Harvey Levin to explain how he could be flaunting so much cash at a time when he was also claiming to be broke to a judge. Here's a transcript of the conversation:

"So you owe like a million bucks in restitution, and I know you have told a judge that you just didn't have it."

Harvey's co-host then chimed in:

"Right and I think your attorney said you were going to have to file for bankruptcy."

"But then you're dumping two million dollars. Are you not not a sitting duck to have that money seized?"

Tekashi69 was born Daniel Hernandez in Bushwick, Brooklyn, New York on May 8, 1996. His mother is from Mexico and his father is from Puerto Rico. He did not meet his father until he was nine years old. Up to that point he believed his father was not alive. In reality Daniel Sr. was a heroin addict who was imprisoned. His father would later claim that the mother's family prevented Daniel Sr. from seeing Daniel Jr., going so far as to rip up the letters he sent from jail.

The family struggled financially, especially after Daniel's step-father was shot dead on the steps of the family home in 2010, when Daniel was 14. The death caused severe physiological damage and required Daniel to visit a therapist to treat PSD and depression. He also started acting out in school around this time, getting expelled from school in 8th grade. After leaving school Daniel began working at a grocery store to help the family financially.

Daniel began rapping when he was 16 years old. An early break occurred when he met the CEO of a record label who came into the Brooklyn bodega where Daniel was working. That record executive, Peter "Righteous P" Rogers ran a label called Hikari-Ultra. Peter encouraged Daniel to began releasing original songs.

His first song, appropriately titled "69", was released in 2014. He would release a number of additional singles that year. Over the next three years Daniel, who by then adopted the name Tekashi 6ix9ine, released a series of albums and videos that earned him moderate popularity in the underground rap scene. 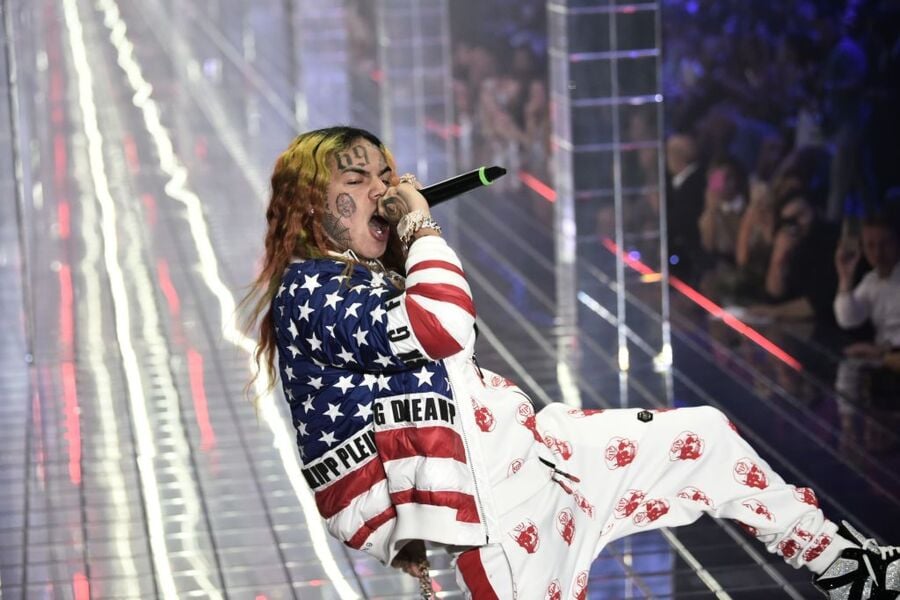 In October 2019, Tekashi signed a confirmed record deal with record company 10K Projects. The deal is reportedly worth at least $10 million and will involve two future albums, one in English and one in Spanish.

In July 2020 Tekashii announced that he had struck a $5 million deal with live streaming company GlobalStreamNow. The deal covers one virtual performance to be held on September 5, 2020. 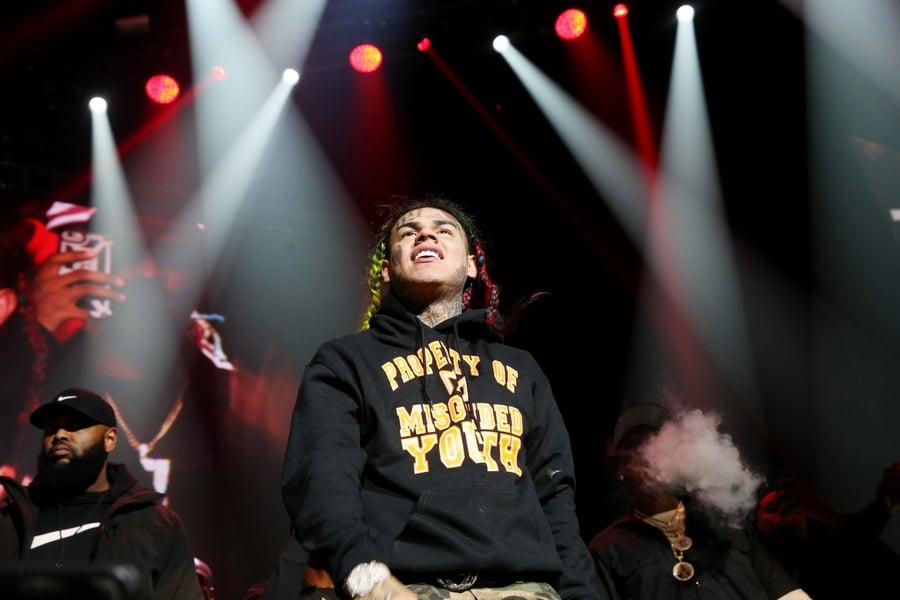 Tekashi69 has been arrested on a number of occasions. In 2015 he pleaded guilty to a felony count of using a child in a sexual performance. He was given three years probation and did not have to register as a sex offender as long as he refrained from posting sexually explicit images online and obtained his GED. He ultimately failed his GED test. In July 2018 he was arrested on an outstanding warrant related to an incident where he allegedly choked someone at a mall in Houston.

In 2018 he was arrested on weapons, drugs and racketeering charges. To avoid what could have been a 47-year prison sentence he agreed to testify against a group of Nine Trey Bloods gang members. He testified over several days in September 2019. He testified that the Nine Trey Bloods Gang allowed him to essentially pretend to be a member as long as he bankrolled the group. He also testified that after the release of the song "Gummo", he began earning an average of $60,000 per month from YouTube royalties and live performance fees.

In December 2019 he entered a guilty plea as part of his arranged deal with government prosecutors.

For his cooperation, the judge ultimately ordered Tekashi to serve just 13 months. The defendants he testified against are facing life sentences.

On March 22, 2020 he requested to be released early due to the COVID-19 virus that was spreading wildly throughout the prison system. The government did not object and he was released on April 2. He had been scheduled for release in August, 2020.

On May 8, Tekashi released his new song "Gooba" and an accompanying music video. The video quickly shattered the record for biggest 24-hour debut for a hip-hop video on YouTube. Within 24 hours the video had 40 million views. The previous one-day hip-hop record of 38 million was set by Eminem in 2018 for his song "Killshot".

Within a week "Gooba" had broken 150 million views.

Between YouTube ad revenue, Spotify royalties and other sources of income, Tekashi publicly claimed that he had earned $2 million off "Gooba" alone in under a week. He also announced his intention to donate 10% of the profits to charity. 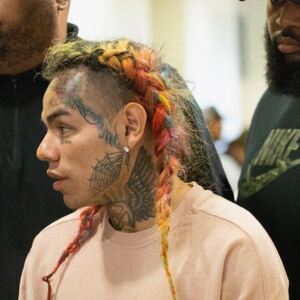