21 Savage net worth: 21 Savage is an American hip hop recording artist who has a net worth of $12 million. He is a popular rap star who at times has been one of the 20 highest-paid rappers in the world. Between June 2017 and June 2018, 21 Savage earned $6 million from his various endeavors.

Early life: 21 Savage was born Shéyaa Bin Abraham-Joseph in Plaistow, London on October 22, 1992. His British-born mother, Heather Carmillla Joseph, is of Dominican descent and his father Kevin Cornelius Emmons is of Haitian descent. While his twin sisters, father, and grandmother continued to live in London after Heather and Kevin divorced, 21 Savage's mother moved him to Atlanta, Georgia when he was seven. 21 Savage's mother got remarried and had more children. His half-brother Quantivayus died in a shooting following a botched drug deal.

In junior high, 21 Savage was banned from every public school in the Atlanta area for possessing a gun. He completed eighth grade through an alternative school program but dropped out entirely his freshman year. After he dropped out, he joined a street gang and became a full-time cannabis dealer. 21 Savage was shot six times by rival gang members during an attempted robbery on his 21st birthday, and two of his best friends were killed.

He has also collaborated with other artists including Gucci Mane, Travis Scott, Meek Mill, Young Thug, and many others. In February 2017, 21 Savage reportedly was paid $1 million to perform one night at a Bar Mitzvah. 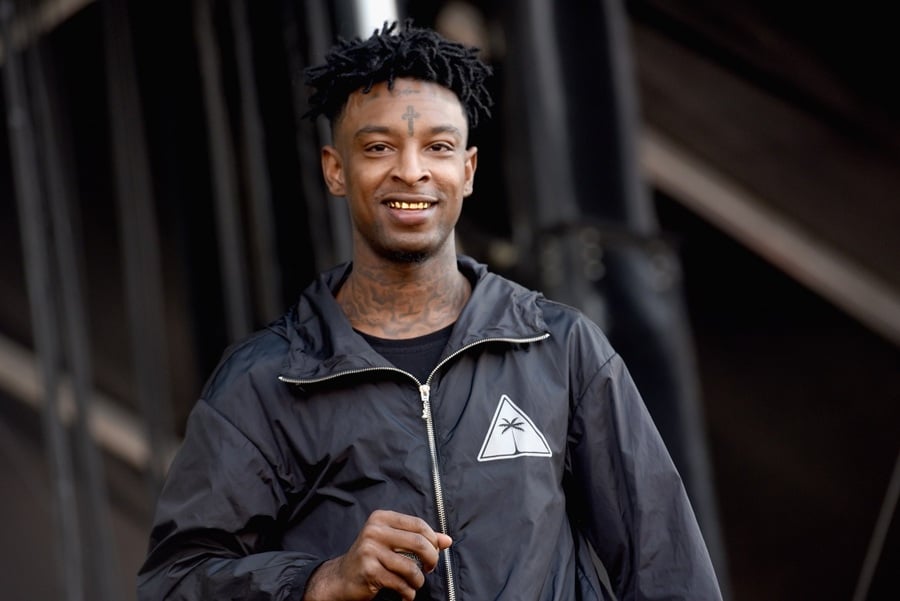 Legal Issues: On February 3, 2019, 21 Savage was pulled over and taken into custody by U.S. Immigration and Customs Enforcement. The four passengers with him, including his cousin, rapper Young Nudy and two other men, had been targeted in a sting operation called the Georgia Gang Act involving charges of aggravated assault. After the arrest, ICE uncovered that 21 Savage, a British national, had been in the U.S. illegally since July 2006, when his non-immigration visa expired. His lawyers contested that 21 Savage did acknowledge he overstayed his visa, but that he had been attempting to get it visa renewed since 2017. He was released from custody but his case is still pending as of March 2020. He is currently not allowed to leave the country.

Later in February 2019, 21 Savage turned himself in and was booked into a south Georgia jail in response to an arrest warrant for felony theft by deception. The dispute involves a music gig in which 21 Savage accepted $17,000 to make an appearance at a concert, but did not appear and refused to give back the money. He was released and a court date is pending as of February 2020.

Personal Life: From 2017 to March 2018, he dated model Amber Rose. He has three children, Kamari, Ashaad, and Rhian.

21 Savage is the creator of the 21 Savage Bank Account Campaign, which helps children learn how to manage money for life. He donated $21,000 of his own profits to the cause. He hosts a yearly Back to School Drive in the neighborhood he grew up in in Atlanta. The drive donates free school supplies, uniforms, and haircuts to underserved kids. He also donated 10,000 to fund an anti-bullying campaign for Atlanta's Continental Colony Elementary School. 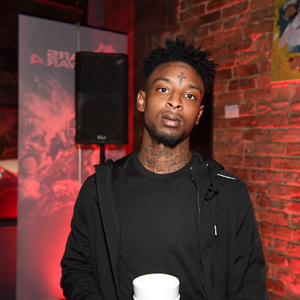