What is 2 Chainz's net worth?

2 Chainz is an American hip hop recording artist who has a net worth of $12 million. Formerly known as Tity Boi, 2 Chainz has become one of the most well-known rappers of the modern era, especially among other southern musicians. Although the rapper is known for wearing two chains on his neck, he often wears as many as seven. In addition to rapping, 2 Chainz is an entrepreneur who has explored many business ventures over the course of his career.

2 Chainz is also the host of the popular Viceland TV/web series "Most Expensivist," which chronicled his journey around the world buying extremely expensive items.

2 Chainz's real name is Tauheed Epps, and he was born on September 12th of 1977 in College Park, Georgia. Although Epps grew up in an impoverished neighborhood, he nonetheless studied hard in high school, graduating second in his class. He also played basketball and become a talented player during his youth. Despite this, Epps still exhibited an unruly streak, as he dealt drugs to his classmates – including marijuana and cocaine. At age 15 he was arrested on felony cocaine possession charges. During high school, Epps also started getting involved in music for the first time and wrote his first raps with several classmates.

Putting his criminal record aside, Epps was still a dedicated student and won a scholarship to Alabama State University. He played on the college basketball team and later graduated. 2 Chainz later dismissed rumors that he had graduated from university with a 4.0 GPA. He also stated that he transferred to Virginia State University briefly. As a college basketball player, Epps showed promise and earned some impressive statistics.

In 1997, Epps adopted the stage name Tity Boi and collaborated with childhood friend Earl Conyers to create Playaz Circle, a hip-hop duo. Conyers, who went by the name Dolla Boy, helped 2 Chainz release his first independent album, "United We Stand, United We Fall" in 2002. The album drew the attention of Atlanta rapper Ludacris, who helped the duo gain notoriety by pushing their tracks for playtime on the radio. Ludacris was living in the same apartment complex at the time and was working as a DJ, as he had not yet become famous.

Their early connection with Ludacris would prove to be incredibly beneficial, as the rapper immediately reconnected with Playaz Circle after becoming incredibly successful. He convinced both 2 Chainz and Dolla Boy to sign with his newly formed record label, Disturbing Tha Peace. This would prove to be a launching pad for the duo, and they later released their first studio album, "Supply & Demand," in 2007. The album's lead single "Duffle Bag Boy" quickly became fan favorite and featured Lil' Wayne. 2 Chainz performed the single at the BET Hip-Hop Awards. After releasing one more studio album, 2 Chainz left Playaz Circle and Disturbing Tha Peace to pursue a solo career. 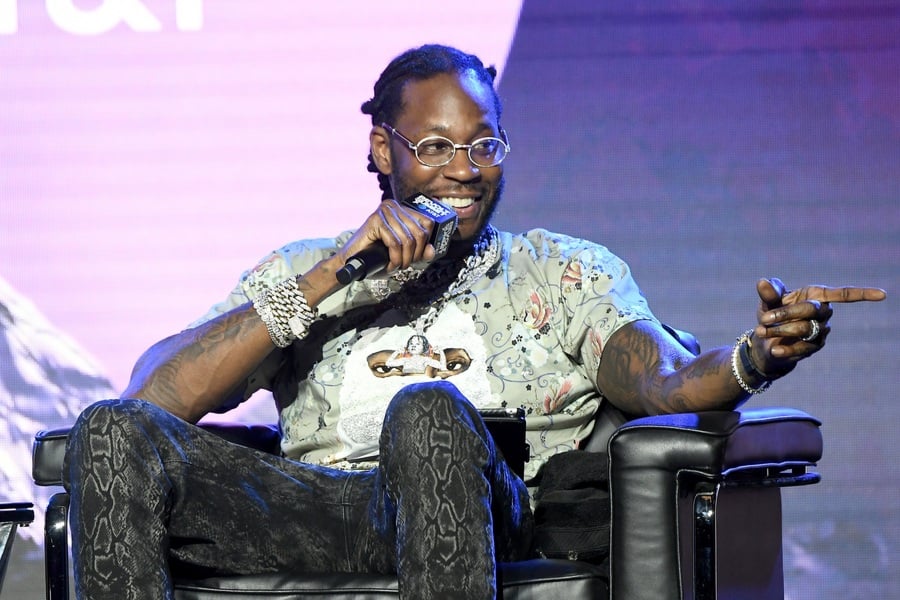 Breakthrough as a Solo Artist

In 2011, the artist formerly known as Tity Boi changed his name to 2 Chainz, as he felt the name was more "family-friendly" and befitting of his upcoming career as a solo artist. He immediately released his first album as a solo artist – a mixtape called "T.R.U. REALigion." With his new name and established career as a solo artist, 2 Chainz collaborated with well-known artists such as Kanye West and Nicki Minaj.

In 2012, 2 Chainz was ready to release his debut studio album as a solo artist. The album was entitled "Based on a T.R.U. Story," and it included a lead single called "No Lie" that featured Drake. The album debuted at the number one spot on the Billboard Top 200, and it sold 147,000 units in just one week. Although the album received mixed reviews, it was a major accomplishment for 2 Chainz by all other counts. It allowed him to tour internationally to sold-out crowds, and the album was nominated for countless awards, including three Grammys. 2 Chainz also won a number of BET Hip Hop Awards for the album and managed to secure various lucrative endorsement deals with various brands.

2 Chainz released his second studio album, "B.O.A.T.S. II: Me Time," in 2013. Dolla Boy collaborated with 2 Chainz once again for the album, as did Lil' Wayne, Drake, Fergie, Pharrell Williams, T-Pain, Rich Home Quan, and many other high-profile artists. Although it wasn't as successful as "Based on a T.R.U Story," the album received better reviews.

In 2018, 2 Chainz married his girlfriend, Kesha Ward. Together, they have three children together, the eldest of whom was born in 2008.

2 Chainz has been arrested and charged for drug possession on more than one occasion. One of the most notable situations involved 2 Chainz's tour bus being pulled over after a police officer suspected marijuana was being used inside. The tour bus driver refused to let the officer search the bus, so the bus was towed to a nearby police center. A warrant was eventually obtained, and police officers found multiple firearms on board.

Ventures Outside of Rapping

2 Chainz created a clothing company that sells hoodies and sweaters. He also secured brand endorsement deals with Adidas and Beats By Dre, to name but a few. 2 Chainz also owns a minority stake in the College Park Skyhawks.

In September 2011, 2 Chainz paid $517,000 for a foreclosed 22-acre property in Palmetto, Georgia. He then built an impressive compound getaway on the property.

In 2016, 2 Chainz paid $2.5 million for a home in LA's Beachwood Canyon neighborhood. The home had at one point been owned guitarist Steve Vai who built an expansive professional recording studio on the property. Artists including Slash, Eddie Van Halen and Ozzy Osbourne have recorded at the home. 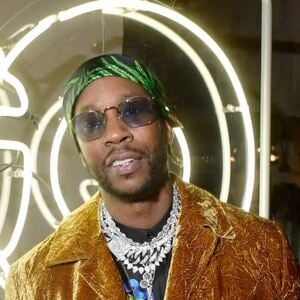