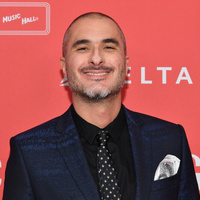 Zane Lowe net worth: Zane Lowe is a New Zealand DJ, record producer, and television presenter who has a net worth of $5 million. Zane Lowe was born in Auckland, New Zealand in August 1973. Lowe was a presenter on the music station Max TV. He moved to London and worked at the Record and Tape Exchange. Lowe became the presenter for MTV News and MTV Brand:New. He joined MTV2 Europe to work on the show Gonzo. Lowe hosted the radio show Music Response on XFM and then joined BBC Radio 1 in 2002. He has introduced the world to artists such as Gnarls Barkley, Arctic Monkeys, Ed Sheeran, and Adele. Lowe has won four NME Awards for Best Radio Show and was nominated for a Grammy Award in 2014 for Best Album for Sam Smith's In the Lonely Hour which he wrote and produced.