Wolfman Jack net worth: Wolfman Jack was an American disc jockey who had a net worth of $1 million at the time of his death in 1995. Wolfman Jack was born in New York City, New York in January 1938 and passed away in July 1995. He was famous for his gravely voice. His father bought him a Trans-Oceanic radio to keep him out of trouble. Wolfman Jack sold encyclopedias and Fuller brushes door-to-door and then attended the National Academy of Broadcasting. He started out at WYOU in Newport News, Virginia and then worked in Shreveport, Louisiana as morning DJ and station manager. Wolfman Jack changed his name many times before settling on one and using sound effects and worked at XERF-AM and XERB. In addition to his long radio career he also appeared in films including The Seven Minutes, American Graffiti, Sgt. Pepper's Lonely Hearts Club Band, More American Graffiti, Motel Hell, Galactica 1980, Mortuary Academy, and Midnight. Wolfman Jack passed away on July 1, 1995 at 57 years old from a heart attack. 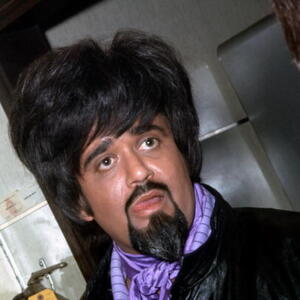