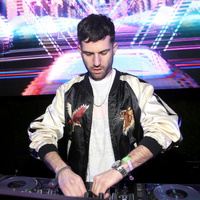 A-Trak net worth: A-Trak is a Canadian DJ, turntablist, record producer, and music executive who has a net worth of $12 million. A-Trak was born in Montreal, Quebec, Canada. His genres include electro house and hip-hop. A-Trak owns the record label Fool's Gold which he founded in 2007. He has helped develop several careers including Kid Cudi, Flosstradamus, and Danny Brown. Rolling Stone named A-Trak one of the 50 Most Important People in DM. He is part of the DJ duo Duck Sauce along with Armand Van Helden. A-Trak has appeared in ad campaigns for Grey Goose, Adidas, Cadillac, and Converse. He has been on the cover of Billboard magazine and written articles for The Huffington Post. A-Trak is also the owner of the Infinite Legroom travel website. In 1997 he was the youngest ever winner of the Technics / DMC World Championship at 15 years old. A-Trak released the album Running Man: Nike + Original Run in 2008 and the EP Tuna Melt in 2012.