How much is Tim Westwood Worth?

Tim Westwood Net Worth: Tim Westwood is an English DJ and radio and TV personality who has a net worth of $13 million dollars. Tim Westwood was born in 1957 in Lowestoft, Suffolk, England, and broke into the entertainment industry as a DJ. During the '80s, he worked on Kiss FM, LWR and Capital FM before he was handed the reins to Radio 1 Rap Show. His debut came on March 23, 1985, as a guest on a BBC program called "Meridian". Westwood became the program's first presenter and has since become one of the longest-tenured broadcasters at Radio 1. In 2000, 2003 and 2005, he was honored with the best UK Radio DJ title at the Music of Black Origin Awards. His BBC Radio 1 show kicked off with a live performance by Puff Daddy and Notorious B.I.G. In 2013, he left the BBC to return to Capital FM, broadcasting on Capital Xtra on Saturday nights. Westwood also runs his own YouTube channel with more than 230,000 subscribers and nearly 200 million video views. His channel features artists such as Notorious B.I.G., Eminem, Jay-Z, Lil Wayne, and Drake. Prime Minister David Cameron once accused Westwood's BBC Radio 1 show of contributing to gun and knife violence in the U.K. In 1999, he was wounded in a drive-by shooting in South London. 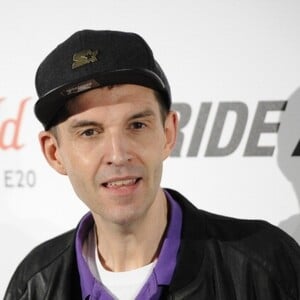