What is Thomas Bangalter's Net Worth?

Thomas Bangalter is a French electronic musician, producer, composer, and DJ who has a net worth of $90 million. He is best known for being part of the duo Daft Punk alongside Guy-Manuel de Homem-Christo. This group became one of the most influential forces in the world of electronic music, especially during the late 90s and early 2000s. Daft Punk influenced many other artists and left us with many hits before ultimately disbanding in 2021. With this announcement, Bangalter and Homem-Christo also admitted that they were considering retirement.

Outside of his work with Daft Punk, Thomas has explored a number of different opportunities in the artistic world. In terms of music, he also joined groups like Stardust and Together. In addition, Bangalter has released music as a solo artist. He frequently collaborates with a range of different artists across many genres. Thomas owns the record label Roulé. Outside of his musical work, Bangalter has been involved with a number of film productions over the years. He has provided compositions for films like Irréversible, and he also has credits as a director and cinematographer.

Thomas Bangalter was born on January 3rd of 1975 in Paris, France. Raised in a Jewish household by parents who strongly encouraged him to hone his musical talents at an early age, Thomas started playing the piano at the age of six. At times, his parents were strict and pushed him to continue practicing – although Bangalter later thanked them for this approach.

Thomas grew up in a family with musical roots, and his father was the songwriter and producer Daniel Vangarde. Vangarde had worked with artists like the Gibson Brothers, Ottawan, and Sheila B. Devotion. Despite his father's foothold in the music industry, Bangalter never dreamed of following in Vangarde's footsteps at an early age.

Bangalter's musical career began in earnest when he met Guy-Manuel de Homem-Christo during his time as a secondary school student. Both boys were obsessed with music from the 60s and 70s, and they also loved movies like "Easy Rider." Both boys were also musically talented, and they often got together with other students to record demos. Eventually, Bangalter and Homem-Christo teamed up with a third boy, Laurent Brancowitz. Together, they formed an indie-rock trio called Darlin'.

Homem-Christo played the bass guitar with this rock group, and they started to gain moderate notoriety. However, not all feedback was kind. One negative review referred to Darlin' as making "daft punky thrash." The name stuck. Bangalter and Homem-Christo decided to venture more towards electronic dance music after visiting a nightclub in the early 90s, and Daft Punk was born.

With Brancowitz pursuing further opportunities in the indie rock scene, Homem-Christo and Bangalter were free to dive headfirst into electronic music. The duo experimented with drum machines and synthesizers, formulating the sound that would come to define them. They also started to attend more raves and met with record label owner Stuart Macmillan, giving him a demo tape. This demo tape contained the basis for their first single, "The New Wave." This track was later remixed into its final form, a song called "Alive." 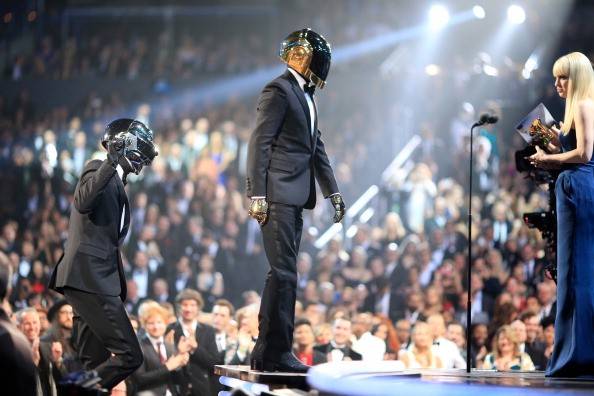 In 1995, Homem-Christo and Bangalter recorded "Da Funk." This would prove to be their first mainstream source of success, and they soon found a manager before signing with Virgin Records. On the heels of their early success, Daft Punk toured throughout the world, including the United States. In 1996, Bangalter became briefly involved with another group called Da Mongoloids, and they released one track before disbanding.

In 1997, they were ready to release their first album, entitled "Homework." This album contained earlier tracks like "Alive" and "Da Funk," but it also featured the massive hit "Around the World." Bangalter's father was involved in its creation, and he was thanked in the liner notes of the album. Also in 1997, Bangalter established his own record label called Roulé and began releasing music as a solo artist. In 1998, Thomas started working with Alan Braxe and Benjamin Diamond to form the group Stardust. They released a club hit called "Music Sounds Better with You."

In 2002, Bangalter produced the score for the film "Irréversible." He would continue working on a number of films throughout the future, including "Enter the Void," "Tron: Legacy," and "First Point."

In 2007, Daft Punk followed up with their third album, "Human After All." Unfortunately, this album did not receive strong reviews from critics. After touring extensively, the duo appeared to focus on other projects. In 2013, Daft Punk came out with another album entitled "Random Access Memories," which contained another hit entitled "Get Lucky." This song featured Pharell Williams and Rodgers.

By 2016, the productivity of Daft Punk had dwindled considerably, although they continued to work with artists like Kanye West and The Weeknd.  In 2021, he and Bangalter announced that Daft Punk was no longer together and that both artists were considering retirement.

Thomas Bangalter has two children with French actress Élodie Bouchez. The pair eventually relocated to Beverly Hills, with both becoming involved in Hollywood's filmmaking scene. However, Bangalter and Bouchez then moved back to Paris while maintaining a creative foothold in Los Angeles. 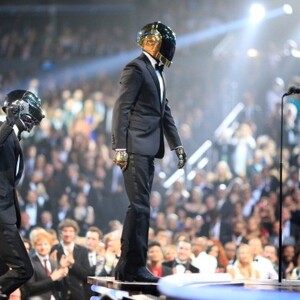