Sven Vath net worth: Sven Vath is a German DJ who has a net worth of $14 million dollars. Sven Vath was born in Obertshausen, Germany and is currently based in Frankfurt, Germany. He first began to make a name for himself on the DJ scene in the early 80s.

During the mid-80s, he performed as part of the group, OFF (Organization for Fun), which released one major hit called, "Electric Salsa" in 1986. He was one of the first DJs to play trance music, and subsequently founded the record labels Harthouse and Eye Q. He has released 25 albums over the years, and twenty-two popular singles. MixMag ranked his album, "Accident in Paradise", as one of the Top 50 Dance Albums of All Time. Unlike, many DJs today, he continues to DJ using vinyl records and turntables, and is very vocal about the fact that records, combined with a good mixing console, always sound better at high volumes than digital sound. 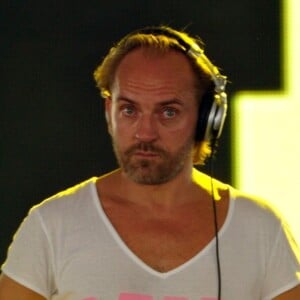