Steve Aoki Net Worth: Steve Aoki is an American electro house musician, entertainer, DJ, Grammy-nominated record producer, music executive, and the founder of Dim Mak Records. Steve Aoki's net worth is $120 million. At various points in his career, Aoki has been the highest-grossing dance artist in North America. He has collaborated with artists such as Linkin Park, Iggy Azalea, Lil Jon, blink-182, BTS, Backstreet Boys, Rise Against, and Fall Out Boy, among many others.

Early Life: Steven Hiroyuki Aoki was born on November 30, 1977, in Miami, Florida to Rocky Aoki and Chizuru Kobayashi. When Aoki was a child, his family relocated to Newport Beach, California. His father is a former Japanese wrestler who founded the restaurant chain Benihana. He has two older siblings, sister Kana and brother Kevin, as well as half-sister Devon Aoki. Steve Aoki graduated from Newport Harbor High School in 1995. Aoki went to college at the University of California, Santa Barbara, and graduated with two BA degrees; one in Feminist Studies and the other in Sociology. In college, he ran underground concerts out of the Santa Barbara Student Housing Cooperative where he lived at the time.

Career: Aoki established a big following on college campuses by touring pretty much nonstop. Aoki performs about 250 shows each year. During the Deadmeat Tour in the spring of 2012, he headlined more than 55 cities in 60 dates across the United States and Canada.

Aoki founded his own label, Dim Mak Records, in 1996. The name of the label is a reference to Bruce Lee, his childhood hero. Aoki is also a club promoter and DJ. He has remixed many artists and bands, including Jackson 5, Drake, Kanye West, Eminem, The Killers, Lenny Kravitz, and Snoop Dogg. His debut studio album "Wonderland" was released in 2012. Aoki released the album "Neon Future I" in 2014. Aoki released the album "Neon Future II" in 2015. His album "Steve Aoki Presents Kolony" was released in 2017. One of his most successful singles is "A Light That Never Comes" (with Linkin Park). In 2018, Aoki released "Neon Future III." On September 9, 2019, Aoki released "Let It Be Me," a collaboration with the Backstreet Boys.

In 2020, Aoki launched the YouTube show "The Neon Future Dinner Series." To celebrate Asian Pacific American Heritage Month he had guests Lisa Ling, Ross Butler, Henry Golding, and Michelle Phan on the show on May 28, 2020. Previous guests include Tony Hawk, Shaun White, T-Pain, and will.i.am. He created the show in response to social distancing during the Covid-19 pandemic. All of the social distancing brought out a desire in Aoki to connect with his peers and fans. "The Neon Future Dinner Series" is on Aoki's YouTube channel. 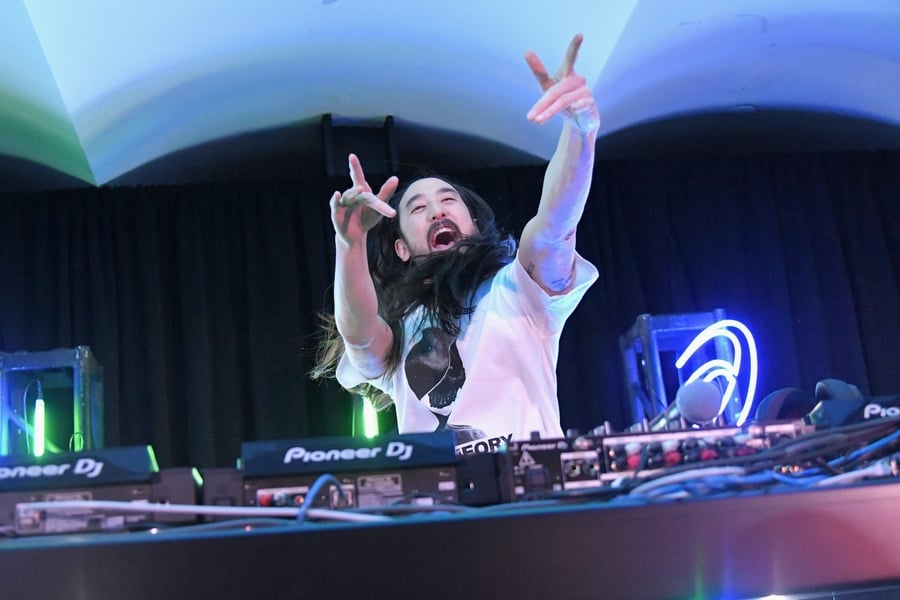 Personal Life: In 2015, Steve Aoki married his long-time girlfriend, Tiernan Cowling, in Hawaii. She is Australian. They were engaged for five years.

Aoki is a gamer. In 2020, it was announced that he was taking part in the Warzone Royal Ruckus, a charity tournament of the best gamers, athletes, musicians, and influencers playing Call of Duty in support of the Equal Justice Initiative. The organization is committed to ending mass incarceration and excessive punishment in the United States, challenging racial and economic injustice, and protecting basic human rights for the most vulnerable people in American society. More than 100 pro gamers and celebs came together to compete in Call of Duty: Warzone Royal Ruckus two day charity tournament on June 11 and 12, 2020.

Real Estate: Steve Aoki and his wife live in the Las Vegas suburb of Henderson, Nevada. The 16,000 square foot home sits on a 40,000 square foot lot and was built in 2008 at the height of the global financial crisis and real estate market meltdown. It was on the market for $12 million for years. The property went up for auction in 2014 and Aoki picked it up for less than $3 million—the only catch was, he had to pay all cash. Aoki spent years and millions of dollars to convert the property to the technologically savvy and modernist space of his dreams, which he calls Aoki's Playhouse.

Investments: Aoki is an investor in a number of private companies including in clothing company Vision Street Wear, e-sports team Rogue, Uber, and SpaceX. 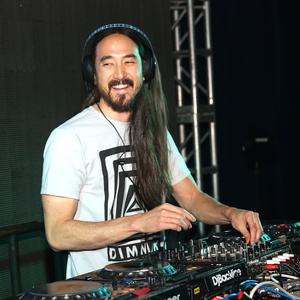