What is Steve Angello's Net Worth?

Steve Angello is a Greek-Swedish DJ, record producer, and record label owner who has a net worth of $40 million. He is perhaps best known for his activities within the Swedish House Mafia, a group that he formed alongside Axwell and Sebastian Ingrosso. Outside of his activities with the Swedish House Mafia, Angello is a successful record producer, remixer, and record label owner.

Steven Patrik Josefsson Fragogiannis was born on November 22nd of 1982 in Athens, Greece. Raised by a Greek father and a Swedish mother in Stockholm, Sweden, Steven started DJing at the age of 12. His brother Antoine also grew up to become a DJ, later performing under the stage name AN21. During his early years, Steve performed at various scratch competitions and became influenced by hip-hop and breakbeats. However, he later transitioned more towards electronic music by his late teens. At the age of six, Steven met Sebastian Ingrosso for the first time, and the childhood friends would later go on to form the Swedish House Mafia.

Steven Angello first arrived on the scene in the early 2000s, producing tunes under the stage name "Who's Who." One of his earliest tracks during this period was "Not So Dirty." During this time, he started collaborating with Swedish DJ Sebastian Ingrosso, and the pair recorded tracks together under a wide variety of monikers. Steve also recorded his own records through labels like Subliminal and Cr2. However, he also established his own record label in the early 2000s called Size Records, which is based in Stockholm.

In 2004, Angello started to generate buzz with the release of his remix of the Eurythmics famous song, "Sweet Dreams." In 2006, he teamed up with Axwell for the first time, and the pair released "Tell Me Why." This became a major club anthem and is still popular to this day. This success put Angello on the map, and he followed up next year with "Baby When the Light." This was his first solo hit.

During the next few years, he collaborated with Ingrosso once again and also Laidback Luke. His next major hit came with the remake of Robin S.'s 90s song "Show Me Love." This was a collaboration with Laidback Luke, and it became a number-one hit in the UK.

This album contained hits like "One," which featured Pharrell Williams. Also included in this debut album was "Miami 2 Ibiza," featuring Tinie Tempah. Angello also contributed solo tracks to the album, including the track "Tivoli." Throughout the rest of 2010, Angello collaborated with artists like Max Vangeli and released "Open Your Eyes," the latter of which becoming part of the "FIFA 12" soundtrack. During this period, the Swedish House Mafia also toured extensively, appearing at Tomorrowland. 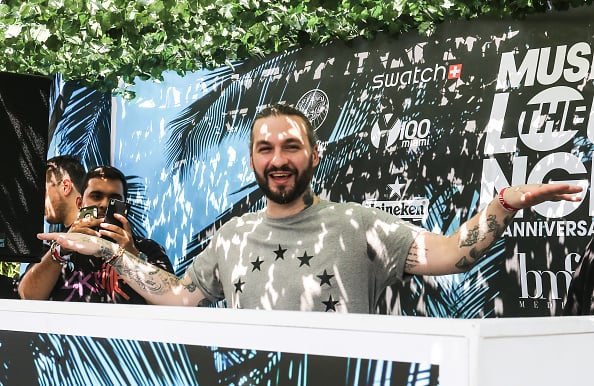 During the 2010s, Steve Angello's popularity peaked. In 2010, he achieved his highest-ever ranking within DJ Mag, reaching 14th place in the world rankings. By 2011, the Swedish House Mafia had begun work on their second album. They first released the single "Save the World," featuring John Martin. Then, they performed once again at Tomorrowland and later followed up with two more tracks: "Antidote" and "Greyhound." After a third consecutive appearance at Tomorrowland, the group gave a number of additional live performances and released their most commercially successful track to date, "Don't You Worry Child."

This track reached the number-one spot in Sweden, Australia, and the UK and achieved multi-platinum status in numerous countries. Later, "Don't You Worry Child" would be released in their compilation album, "Until Now" in 2012. Also in 2012, Steven Angello started allowing a camera crew to follow him around and document his personal and working life. He also teamed up with AN21 (his brother) and Max Vangeli to release an album entitled "People of the Night." The Swedish House Mafia wrapped up 2012 by touring for a final time, announcing that they would all go their separate ways after the conclusion of the Ultra Music Festival in Miami next year.

In 2013, Steve Angello began focusing more heavily on his record label, working with Junior Sanchez to distribute Brobot Records. He also ventured into tech house with a sister label entitled simply "X." During this period, Steve worked with artists like Trent Cantrelle and Matisse & Sadko.

Although he was focused on building up his record label, Angello also released his own solo tracks such as "Payback." Over the next few years, Steve continued to expand his record label and explored new genres, such as indie rock.

By 2017, Angello had returned to center stage, performing at Coachella. He also released six new singled that year in preparation for his next solo studio album, which was released in 2018. This album was entitled "Human," and it coincided with the reunion of the Swedish House Mafia that year. The group returned during Ultra Miami of 2018, and they later confirmed that they would be touring the world in 2019.

His brother Antoine Josefsson goes by the name AN21 and is also a DJ and producer. The two have worked and toured together. Angello has two daughters and is married to Swedish model Isabel Adrian. 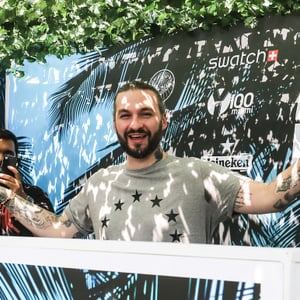