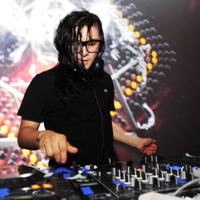 What is Skrillex's Net Worth?

Skrillex is an American electronic DJ and record producer who has a net worth of $70 million. Skrillex can easily earn north of $20 million per year before taxes from touring and licensing. Outside of his own music, Skrillex has produced highly successful tracks for other artists like Justin Bieber, Lady Gaga and Diplo. He has also made a small fortune with successful real estate investments that we'll detail later in this article.

Sonny John Moore was born on January 15, 1988, in Los Angeles, California. He is better known by his stage name Skrillex. He lived in the Highland Park neighborhood of Northeast Los Angeles until he was 2 years old, when he moved to the Forest Hill neighborhood of San Francisco, where he attended elementary school. He was adopted at birth by family friends of his biological parents. He did not find out about this until he was 15 years old. After attending boarding school in the Mojave Desert LV at the ages of 9 and 10, he moved back to Northeast Los Angeles when he was 12 years old. From age 14, he was homeschooled due to experiencing bullying at school, but dropped out of the program at age 15. As a teen, Moore would attend punk gigs and electro club raves.

Moore joined the band From First To Last in 2004. The band was formed in Tampa, Florida, in 1999, and is composed of Moore as lead vocalist, lead guitarist Matt Good, rhythm guitarist Travis Richter, bassist Matt Manning, and drummer Derek Bloom. Originally, he was supposed to be the band's rhythm guitarist, but after band members heard him singing, they decided he would make a better lead singer. With From First to Last, Moore appears on their albums "Dear Diary, My Teen Angst Has a Body Count" (2004) and "Heroine" (2006). However, after suffering from vocal problems and undergoing a vocal surgical procedure, Moore left the band to focus on his solo career.

After departing From First To Last, Moore began releasing demos on MySpace, and toured with a full band on the Team Sleep Tour with supporting acts Monster in the Machine and Strata. He then was part of the second annual AP Tour, hosted by Alternative Press Magazine, from March to May 2008. Other bands on the tour were All Time Low, The Rocket Summer, The Matches, and Forever the Sickest Kids. Under the name Sonny Moore, he leased the digital EP "Gypsyhook" in April 2009.

Beginning in 2008, Moore had started producing and performing music in Los Angeles clubs under the alias Skrillex. His debut release as Skrillex, "My Name Is Skrillex", was released on June 7, 2010. He was signed to mau5trap recordings later that year, and then went on a nationwide tour with deadmau5. He also released his second EP "Scary Monsters and Nice Sprites" (2010). 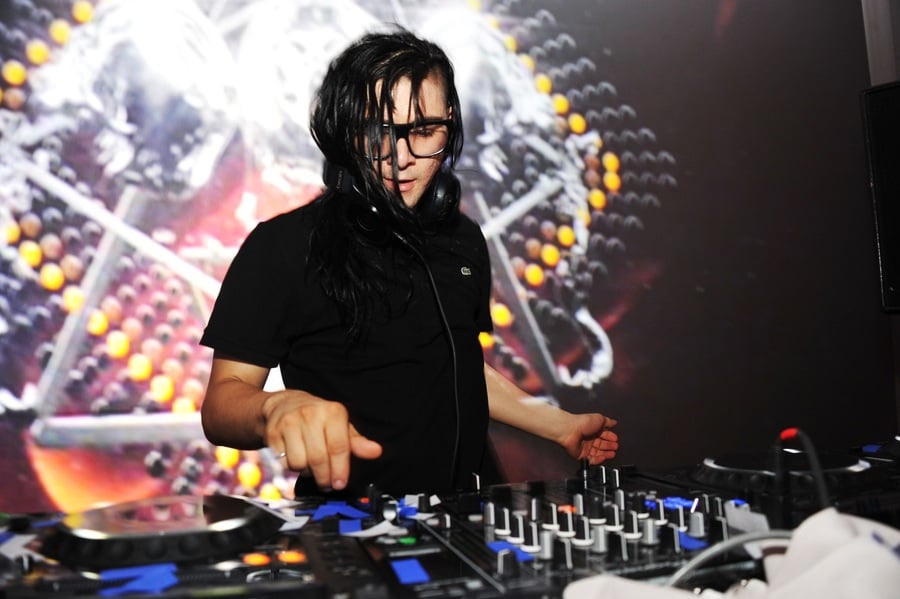 In August 2011, Moore announced he had established his own label, OWSLA. Co-founders of the label include Tim Smith, Kathryn Frazier, and Clayton Blaha. Artists under the label include Dillon Francis, Marshmello, Skrillex himself, Zedd, and Porter Robinson, and its first release was Porter Robinson's "Spitfire" (2011). In December 2011, he released the "Bangarang" EP, and then in January 2013 he released the EP "Leaving". His debut full-length solo album, "Recess", was released on March 18, 2014. In 2017, Moore returned to work with From First To Last, joining them for the first time in a decade for a show at Emo Nite LA. He collaborated with Poo Bear and Hikaru Utada on the opening song for the video game "Kingdom Hearts III", titled "Face My Fears" and released on January 19, 2019. In 2019 he also released the two-track EP "Show Tracks", which features Alvin Risk and Beam.

In addition to his work with the band From First To Last, and as a solo artist, Moore has two other side projects he has worked on. Dog Blood is a group consisting of Moore and Boys Noize. It was formed in 2012, and have released songs such as "Next Order" and "Middle Finger". He is also in the duo Jack Ü, which consists of him and Diplo.

Other projects and collaborations Moore has worked on include providing programming and vocals for the third studio album of UK band Bring Me the Horizon; the track "Zoology" on Knife Party's first release; the song "Lick It" on Kaskade's 2011 album "Fire & Ice"; he produced the track "Get Up" for Korn; the song "Hate" for the Korean girl group 4Minute, which marked his entry into the K-pop industry; the track "Chicken Soup" (2017) with Habstrakt; "Saint Laurent" (2017) with DJ Sliink and Wale; and "Favor" (2017) with Vindata and NSTASIA. He also produced and mixed "8", the eighth studio album by the rock band Incubus. Many of his songs have also appeared on television and in film. For example, his song "First of the Year (Equinox)" is in the first episode of the "Beavis and Butt-head" revival in 2011, he composed the song "Bug Hunt" for the animated film "Wreck-It Ralph" (2012), and he composed the score for film "Spring Breakers" (2012) with Cliff Martinez.

His parents are both Scientologists, but Moore stated in a 2015 interview that he is not. His mother passed away in 2015. Most of his personal life has been kept under wraps, but he was rumored to be dating British singer Ellie Goulding back in 2012.

In October 2016 Skrillex paid $6 million for an undeveloped plot of land in Malibu, California. He proceeded to build a 12,000 square-foot mansion on the 1.11 acres of property. The home has incredible hilltop views of the Pacific ocean, six bedrooms, 10 bathrooms, movie theater, gym and more. Here's a video tour of the mansion:

Skrillex listed the home for sale in December 2020 for $25 million.