What Is Scott Shannon's Net Worth and Salary?

Scott Shannon is an American disc jockey who has a net worth of $5 million. He hosts "Shannon in the Morning" on the New York radio station WCBS-FM 101.1 as well as the nationally syndicated radio program "America's Greatest Hits" and the radio network The True Oldies Channel. Shannon created the "morning zoo" format while working at Tampa's Q105, and he helped launch Z100 in New York City, where he hosted "Z Morning Zoo" and served as program director.

Scott is widely considered the man responsible for making Z100 one of the most successful stations in the world, and he was featured in the 2022 documentary "Worst to First: The True Story of Z100 New York." He hosted the syndicated video countdown series "Smash Hits" in 1989, and he has appeared in the films "Astonished" (1990) and "Snatchers" (2020) and the documentary "Airplay: The Rise and Fall of Rock Radio" (2008). Shannon was inducted into the National Association of Broadcasters Hall of Fame in 2003 and the National Radio Hall of Fame in 2006.

Scott Shannon was born Michael Scott Shannon on July 25, 1947, in St. Louis, Missouri. He grew up in Indianapolis, Indiana, and followed in his military family's footsteps, joining the Army after high school. While serving in the Army, Shannon's radio career began at WFBS in Spring Lake, North Carolina. Scott then worked at WCLS in Columbus, Georgia, and after leaving the military, he took a full-time job at WABB in Mobile, Alabama, where he became known as "Super Shan."

After briefly working at WMPS in Memphis, Shannon took a job as an evening disc jockey at Nashville's WMAK, eventually becoming the station's program director. A WMAK interview between Scott and Neil Young was recorded for Young's 1973 movie "Journey Through the Past." Shannon left Tennessee after he was offered a job as a record promoter for Casablanca Records, and there, he recorded an album with Jack Grochmal under the name Wildfire. Their cover of the 1959 Jerry Keller song "Here Comes Summer" reached #49 on the "Billboard" Hot 100 chart. Scott made his return to radio at WPGC-FM in Washington, D.C., and while he was program director, the station moved to #1 in the Arbitron ratings. He then moved to Atlanta's WQXI, followed by Tampa's WRBQ-FM (Q105), where he developed the "morning zoo" concept with partner Cleveland Wheeler. Q105 subsequently became one of the country's most listened to radio stations, and in 1983, Shannon took the "morning zoo" format to New York City's WHTZ (Z100) and launched "Z Morning Zoo" with Ross Brittain. In 1984, he began hosting "Scott Shannon's Rockin' America: The Top 30 Countdown" for Westwood One, and it aired on more than 200 radio stations. The show was renamed "Scott Shannon's All Request Top 30 Countdown" in 1990. He left Westwood One in March 1992, then he began hosting "Scott Shannon's Battle of the Hits," which was produced by Cutler Productions, a few months later. 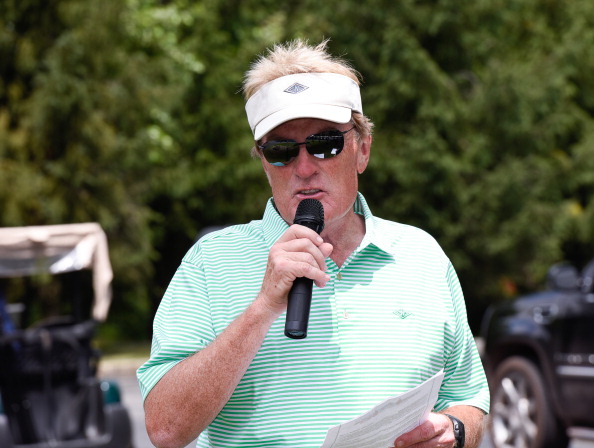 In 1989, Scott hosted a "Where Are They Now?" radio show that led to the 1980 Benny Mardones hit "Into the Night" re-entering the "Billboard" Hot 100 chart at #20. That year he also started "Pirate Radio" station KQLZ in Los Angeles, which had a "Rock 40" format that focused on heavy metal and hard rock. Shannon was forced out after top 40 radio became less popular, and he returned to New York in 1991 and worked for Z100's rival, WPLJ. He co-hosted the station's morning drive programming and became the program director, and he recruited Todd Pettengill to co-host "The Big Show" with him. Scott stayed at WPLJ until 2014. In the '90s, he also worked as a radio consultant for New Haven's WKCI-FM and Philadelphia's WPLY. After leaving WPLJ, he started hosting "Scott Shannon in the Morning" on New York's WCBS-FM, and it was rated #1 in the first ratings that were released after the show began. In November 2014, he began hosting the syndicated United Stations Radio Networks program "Scott Shannon Presents America's Greatest Hits," a four-hour show featuring music from the '70s, '80s, and '90s. Scott launched The True Oldies Channel radio network in 2004, and he is also the announcer for the conservative talk radio program "The Sean Hannity Show."

Scott is married to Trish Angeli, and they have a daughter named Kathleen. Shannon has helped raise funds for Blythedale Children's Hospital in Valhalla, New York, and in 1992, he and his "Scott and Todd in the Morning" co-host Todd Pettengill held a benefit concert for the hospital's patients. For 30 years, Scott has turned his final show of the year into a benefit for the hospital, and he has raised more than $4 million as of this writing. Shannon got involved with the hospital after reading about a child who suffered a brain injury and went into a coma after falling off his bike. Scott and Kathleen visited the hospital around Christmas and placed a guardian angel ornament above the boy's bed. Though the child later died, the experience moved Shannon, and he has said, "It kick-started our relationship with the hospital."

The radio trade magazine "FMQB" named Scott "Program Director of the Century" in 2000, and he was honored in a Rock and Roll Hall of Fame exhibit. In 2010, the National Association of Broadcasters' Marconi Radio Awards named Shannon the Network/Syndicated Personality of the Year. Scott has been inducted into the New York State Broadcasters Hall of Fame and Tennessee Radio Hall of Fame, and "Billboard" magazine has named him Program Director of the Year six times and Air Personality of the Year five times. 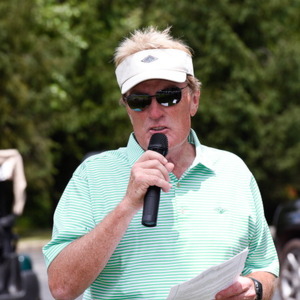