Scott Hansen was born in Sacramento, California. He is professionally known as Tycho and is known as ISO50 for his design and photographic works. He is signed under Ghostly International and has also released music under Merck Records and Gammaphone Records. Hansen's song "Dictaphone's Lament" was featured on the music video "Live Life to the Fullest" for the action cartoon block Toonami. His song "Cascade" was also played during the ending of the original 11 year run of Toonami. His debut album Sunrise Projector was released in 2004. Hansen has also released the albums Past is Prologue in 2006, Dive in 2011, and Awake in 2014. He has also remixed songs for artists such as Little Dragon, Spoon, Thievery Corporation, and Ulrich Schnauss. 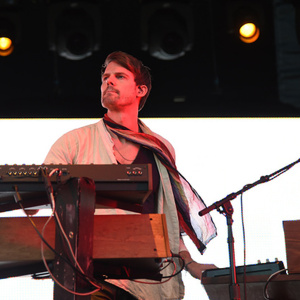