How much is Scott Hansen Worth?

Scott Hansen net worth: Scott Hansen is an American musician, composer, songwriter, producer, and artist who has a net worth of $2 million. Scott Hansen is best known for the ambient music project Tycho. Tycho's debut studio album The Science of Patterns was released in 2004. He has also released the albums Sunrise Projector in 2004, Past is Prologue in 2006, Dive in 2011, Awake in 2014, and Awake Remixes in 2016. Tycho has also remixed songs for Little Dragon, Thievery Corporation, Spoon, and Death Cab for Cutie. Hansen goes by the name ISO50 for his design and photographic works. Tycho's music uses synthesizers and ambient melodies and incorporates clips of human elements including breathing, talking, and weather broadcasts. 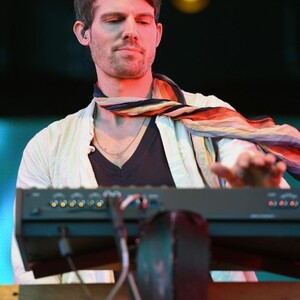