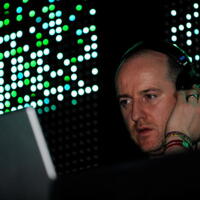 Sasha (DJ) Net Worth: Sasha (DJ) Net is a Welsh DJ and record producer who has a net worth of $40 million. Sasha (DJ) has accumulated his net worth through his career producing records for well known artists, as well as his successful career as a DJ. Born Alexander Paul Coe on 4 September, 1969, in Bangor, Gwynedd, Wales, he is best known for his tours and musical remixes with DJ John Digweed. Sasha started his DJing career playing acid house dance music in the late 1980s. It was in 1993, when he partnered with fellow DJ Digweed and their collaboration resulted in a wide number of remixes. In addition, Sasha produced multiple singles that entered UK charts and has done remixes for noteworthy artists like Madonna, The Chemical Brothers and Hot Chip. The piece that earned him a 2004 Grammy nomination was his remix of Felix da Housecat's Watching Cars Go By. Meanwhile, this multi-talented DJ devotedly worked on his debut album of original work, Airdrawndagger, which was released in August of 2002, to much fanfare. Once he gained overwhelming success both as a producer and DJ, Sasha influenced the musical styles and techniques of pioneering DJs and producers such as BT and James Zabiela. What's characteristic about Sasha is that critics find it very hard to pinpoint his musical style as he is often combining different electronic music genres. In 2007, Sasha set up a record label with Renaissance Records called emFire, which is the exclusive outlet for his new music. Nowadays, he is still introducing new technological innovations in his music productions and performs in large dance venues.