Sascha Gerecht net worth: Sascha Gerecht is a German DJ, music producer, clothing designer, nigh club owner, and reality television personality who has a net worth of $2 million. His intense personality and imposing stature has secured his reputation as "The German Tank" and for more than 15 years he reigned over the night life in Southern Germany; owning and operating legendary night clubs like N-Pir and P Club.

Sascha moved to Los Angeles to focus on his music career and start his own clothing brand, Rockstars & Angels, which has become quite a lucrative business. He wants to create a better life for his wife and two kids, who still reside in Germany, and is determined to bring them to America and give them the lavish lifestyle they are accustomed to back home. He is one of the cast members on the hit Bravo reality television series, Euros of Hollywood, that follows the lives of six European young professionals as they try to make it big in Los Angeles. 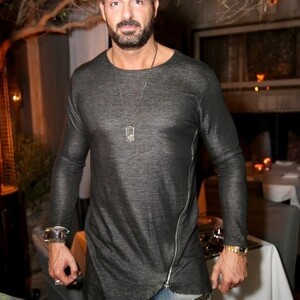