Ryan Lewis net worth: Ryan Lewis is an American producer, DJ, and musician who has a net worth of $22 million dollars. Ryan Lewis was born in Spokane, Washington on March 25, 1988. He attended high school near his home and then went on to graduate from the University of Washington with a degree in Comparative History of Ideas.

He found a love for music early on, and began playing in rock bands as a guitarist, when he was in his early teens. He then started working as a producer, and also launched a side project studying photography. Ryan was first introduced to a then unknown rap artist and musician who went by the name Macklemore, in late 2006. Lewis started collaborating with Macklemore as a photographer. In 2008, they decided to collaborate on some music, and subsequently released "VS. EP". The EP gained widespread attention, and led to the release of the first studio album, "The Heist". Ryan Lewis produces, records, engineers, and mixes all of their tracks himself, and also directs their music videos. Their songs "Thrift Shop", "Can't Hold Us", and "Same Love", have since become massive hits. Their song "Same Love" was nominated for a 2014 Grammy for Song of the Year. Macklemore and Ryan Lewis are especially famous for releasing all their music independently, without any help from a major record label. 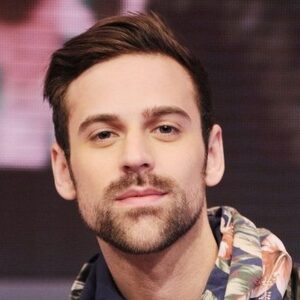