Roman Kemp net worth: Roman Kemp is an English radio host and presenter who has a net worth of $1.5 million. Roman Kemp was born in Los Angeles, California in January 1993. He has United States and United Kingdom citizenship. Kemp works for national radio network Capital FM. He is the son of actor and musician Martin Kemp and his mother is singer Shirlie Holliman.

Kemp's godfather was George Michael. He joined Capital FM in 2014 and he became the new face of The Capital Evening Show in 2016. He began hosting Capital Breakfast in 2017. He served as The X Factor UK's digital producer and social media correspondent in 2016. In 2019 Roman Kemp competed on the reality television series I'm a Celebrity… Get Me Out of Here! on the show's 19th season. He has also been featured on Nicktoons, 2Awesome, The Hot Desk, Bromans, Len Goodman's Partners in Rhythm, First Dates, Children in Need Rocks the 80s, New Year's Eve Fireworks 2017, Soccer Aid, Celebrity Gogglebox, and more. 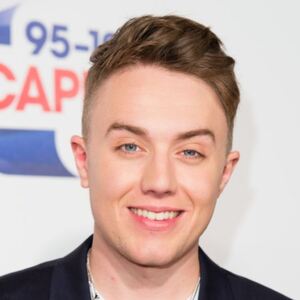