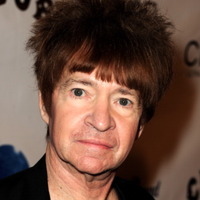 Rodney Bingenheimer net worth: Rodney Bingenheimer is an American radio disc jockey who has a net worth of $2 million. Rodney Bingenheimer was born in Mountain View, California in December 1947. He is known for his long time residency at KROQ in Los Angeles. Bingenheimer has been the first American D.J. to play new artists including Blondie, the Sex Pistols, the Ramones, Guns N' Roses, Van Halen, The Cure, Duran Duran, Hole, Joan Jett, Blur, No Doubt, Nirvana, The Bangles, Sonic Youth, Germs, X, and more. During the 1970s he managed the nightclub Rodney Bingenheimer's English Disco. He was the subject of the documentary Mayor of the Sunset Strip by George Hickenlooper. Bingenheimer received a star on the Hollywood Walk of Fame in 2007 at 7021 Hollywood Blvd. He worked for the radio station KROQ from August 1976 to June 2017. He has appeared in the films and documentaries Mondo Hollywood, X: The Unheard Music, Back to the Beach, Rockula, Rage: 20 Years of Punk Rock West Coast Style, End of the Century, Punk's Not Dead, Iconoclast, Sunset Strip, Guitar Man, and more.