Rob Patterson Net Worth: Rob Patterson is an American musician and guitarist who has a net worth of $10 million. Born in 1970 in Natick, Massachusetts, Rob Patterson first joined Otep, a metal band with a female lead. While with the group, Patterson penned several tracks on the albums "Smash the Control Machine", "House of Secrets", and "Sevas Tras".

In mid-2005, he took over for Brian Welch in Korn until early 2008. During that time, Korn released several studio albums, including "See You on the Other Side" and an untitled album in 2007. Despite its lack of a name, the untitled album went gold the same year, selling nearly one-point-five million copies domestically. Once Patterson left Korn, he became heavily involved in DJ'ing. He specializes in dance, house, hip-hop, and rock music when he's spinning tables, and often likes to play a guitar at the same time he's working as a DJ. Patterson is featured in Paul Miles' book "Sex Tips from Rock Stars", which hit bookshelves in the summer of 2010. In early 2008, Patterson announced his engagement to actress Carmen Electra. The two eventually split up about four years later after Electra claimed Patterson was having a difficult time remaining sober and that he partied too frequently for her liking. 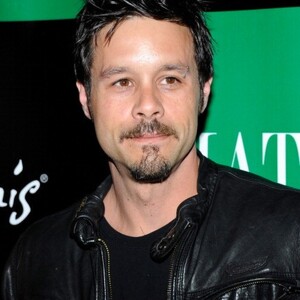