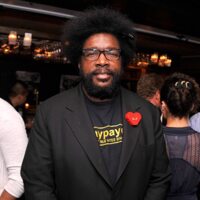 What is Questlove's Net Worth?

Questlove is an American drummer, DJ, music journalist, and record producer who has a net worth of $14 million. He is best known as the drummer and the lead frontman of the group the Roots. You may have seen Questlove on "The Tonight Show Starring Jimmy Fallon," as the Roots have been the in-house band for the show since 2014. Outside of music, Questlove is a music instructor at the Clive Davis Institute of Recorded Music at New York University.

Along with his work with the Roots, Questlove has collaborated with a number of artists. He helped to produce the cast album of the musical "Hamilton." He has also worked with artists like Elvis Costello, Common, D'Angelo, Jill Scott, Erykah Badu, Jay-Z, Amy Winehouse, John Legend, and many others. He has been called one of the greatest drummers of all time.

Questlove was born Ahmir Khalib Thompson on January 20th of 1971 in Philadelphia. Raised in a musical family, Ahmir became enamored with music at an early age. His father, Arthur Lee Andrews Thompson, was part of a prominent doo-wop group during the 1950s. His mother and his grandfather were also closely involved with the music community. As a young child, he traveled with his parents as they toured various musical venues. By the age of seven, Ahmir was performing on stage. By the time he had turned 13, he was directing his own musicals.

After attending a performing arts school in Philadelphia, Thompson formed the band "Square Roots" with several classmates and close friends. He later shortened the name of this band to "Roots." After graduating from high school, Ahmir attended the Settlement Music School. During these early years, Thompson played the drums on South Street in Philadelphia, while his friend Tariq Trotter (Black Thought) rhymed over the beats. Thompson also became known for percussion with plastic buckets, crates, and shopping carts during these years.


Eventually, the Roots finalized their lineup. Questlove played the drums and percussion, Tariq Trotter and Malik B performed vocals, Josh Abrams played the bass, and Scott Storch played the keyboard. Their first album was released while the group was on tour in Germany, and it was entitled "Organix." During the mid-90s, the Roots followed up with two more albums: "Do You Want More?!!!??!" and "Illadelph Halflife." Both albums received widespread critical praise.

While these albums certainly put the Roots on the map, it wasn't until 1999 that they reached true mainstream success. This was the year when the group released "You Got Me," a single that featured Erykah Badu. The song earned a number of awards and honors, including the Grammy Award for Best Rap Performance by a Duo or Group in 2000. Due to the success of this single, The Roots' album "Things Fall Apart" became commercially successful. Eventually, the album achieved platinum status. 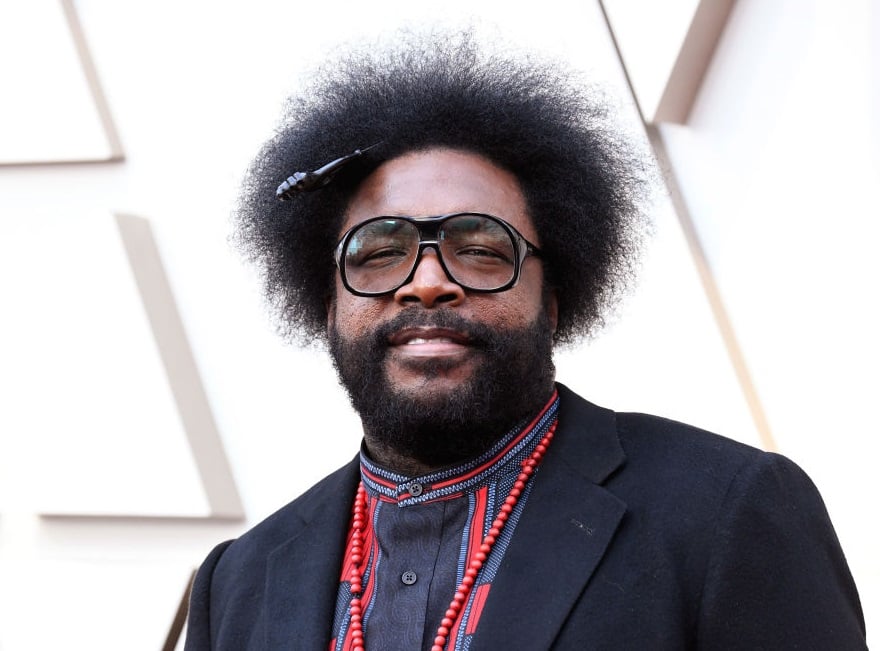 During this period, Questlove kept himself busy with a number of additional projects. In 2000, he helped produce D'Angelo's album "Voodoo." He also worked as an executive producer on the album "Fantastic, Vol. 2" by Slum Village. In addition, Common's albums "Like Water for Chocolate" and "Electric Circus" were both produced in part by Questlove.

Over the years, Questlove also continued to collaborate with Erykah Badu. Albums such as "Baduizm" and "Mama's Gun" both feature percussion work or production contributions from Questlove. Other artists that have collaborated with Thompson include Dilated Peoples, Blackalicious, Bilal, N*E*R*D, Joshua Redman, Zap Mama, Fiona Apple, and Zack De La Rocha.

In 2001, Questlove contributed to "The Philadelphia Experiment," an instrumental jazz album featuring artists such as Christian McBride and Uri Caine. In 2002, he played the drums on Loving Me 4 Me" by Christina Aguilera, which appeared on her album "Stripped." Also in 2002, the Roots released another album entitled "Phrenology," which achieved gold status. The early 2000s also saw Questlove collaborate with artists such as John Mayer and Joss Stones.

In 2004, the Roots released another album entitled "The Tipping Point." This album featured a notably mainstream sound, and this was apparently due to demands from their record label. Unfortunately, the album did not perform as well as many of their previous efforts. During this period, Questlove collaborated with Jay-Z on his album "Fade to Black." Over the next few years, Thompson worked with artists such as Zucchero Fornaciari. In 2009, the Roots started performing as the house band for "Late Night with Jimmy Fallon." This eventually continued with "The Tonight Show Starring Jimmy Fallon."

In 2010, Questlove started writing material for British singer Duffy in preparation for her second album. Before Amy Winehouse's death in 2011, Thompson was planning to collaborate with her on a number of musical projects. In 2018, Questlove helped produce the soundtrack for Michelle Obama's memoir, "Becoming."

Questlove has released a number of memoirs and books over the years, starting with 2013's "Mo Meta Blues: The World According to Questlove." That year, he also released the book "Soul Train: The Music, Dance, and Style of a Generation." His third book, "Something to Food About: Exploring Creativity with Innovative Chefs," was released in 2016. That year, Thompson launched a weekly radio show. He has also been featured in various podcasts.