Peter Hook net worth: Peter Hook is an English musician, singer, DJ, author, and nightclub owner who has a net worth of $20 million. Peter Hook was born in Broughton, Salford, England in February 1956. He is the lead vocalist and bass player for the band Peter Hook and the Light. Hook co-founded the band Joy Division which reformed as the band New Order after lead singer Ian Curtis passed away. Joy Division released the albums Unknown Pleasures in 1979 and Closer in 1980. Both albums were certified Gold and reached #1 on the UK Indie albums chart. Hook played with New Order from 1980 to 1983 and from 1998 to 2007. New Order's debut album Movement was released in 1981. Their 1983 hit song "Blue Monday" is the best-selling 12 inch single of all time. Peter Hook and The Light formed in 2010. Their debut EP 1102 \ 2011 was released in 2011 which features four Joy Division covers. The band has also released two live albums in 2010 and 2011. Hook has also recorded two albums with Monaco and one a piece with Revenge and Freebass. 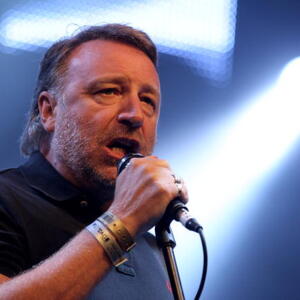