Pete Tong net worth: Pete Tong is a British DJ who has a net worth of $33 million. Pete Tong has earned his net worth through his years in radio, as a record producer and through his own performances in night clubs and festivals around the world. Peter Tong was born in Dartford, Kent, UK in July 1960.

Tong's first DJ gig was at his friend's wedding at the age of 15. He was influenced by DJ Froggy. Tong started a mobile disco and then opened his own club called Family Function. He became a staff writer in 1979 for Blues & Soul Magazine and became A&R manager at London Records. He was exposed to house music in Chicago and released a compilation in 1986. Tong works for BBC Radio 1 and hosts programs as well as DJing at festivals and nightclubs. He is recognized as being an ambassador for electronic music. In 2008 Tong helped organize the International Music Summit in Ibiza. He held residency at Pancha nightclub in Ibiza from 2003 to 2007. Tong has released over 40 mix albums over the years. BBC Radio 1's The Pete Tong Show regularly has over two million listeners. "I wouldn't be doing this if I couldn't champion new music" said Tong. 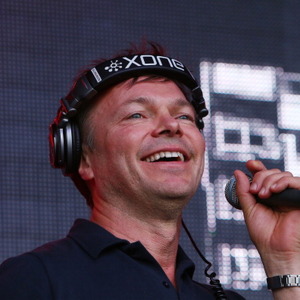