What is Paul van Dyk's Net Worth?

Paul van Dyk is a German Electronic Dance Music DJ, musician, and record producer who has a net worth of $60 million. Paul van Dyk was one of the first DJs to gain worldwide renown. As a producer of trance music in the early 90s, he became popular for his remix of "Love Stimulation" and for his own hit single "For an Angel." Later, in 2005, van Dyk was among the first class of artists to earn a Grammy Award nomination in the new category Best Electronic/Dance Album for his album "Reflections."

Paul van Dyk, whose real name is Matthias Paul, was born on December 16, 1971 in Eisenhüttenstadt, East Germany. When he was four, his father left the family, leaving him to be raised by his mother. Growing up, Paul received his music education primarily through the radio; as there were no record stores in his area, he covertly listened to forbidden Western stations such as RIAS and SFB. Eventually, he got his hands on his first album, Orchestral Manoeuvres in the Dark's "Organisation." Shortly prior to the fall of the Berlin Wall, Paul and his mother were granted permission to move to Hamburg in West Germany, where a relative was living.

Paul moved to Berlin in 1990; early the following year, he made his first appearance as a DJ at the underground club Tresor. Eventually, he was given the opportunity to perform in the Turbine club at the famed Dubmission parties of Andre'Hoche. Paul went on to form a collaboration with the electronic artist Cosmic Baby called the Visions of Shiva. In early 1993, he made his first foray into radio as the cohost of the weekly HR3 Clubnight show alongside Kid Paul. Later that year, he released his first DJ-mix compilation, entitled "X-Mix-1 – the MFS Trip."

Paul began achieving greater recognition in 1994 with the releases of "The Green Valley EP," "Pump This Party,"  "Emergency 911," and his debut album "45 RPM," which launched the hit single "For an Angel." A couple years later, he had further success with his second album, "Seven Ways," which was particularly well received in the UK. Paul went on to form a fruitful collaboration with American music producer BT, with whom he produced such tracks as "Namistai," "Beautiful Place," and "Forbidden Fruit." In 1998, he parted ways with MFS Records and acquired a controlling share in the newly formed label Vandit Records. Through Vandit, Paul released his third and most successful album yet, 2000's "Out There and Back." The album featured the hit single "Tell Me Why (The Riddle)," a collaboration with the indie dance band Saint Etienne, as well as the European hit "We Are Alive," a remix of Jennifer Brown's "Alive."

Paul released his first compilation mix album, "The Politics of Dancing," in 2001. Following this, he embarked on a world tour, which resulted in a DVD and CD set called "Global." In 2003, Paul released his fourth studio album, "Reflections," which featured the single "Nothing But You." The album went on to receive a Grammy Award nomination in the newly created category of Best Electronic/Dance Album. Paul next released the compilation mix "The Politics of Dancing 2," a sequel to the 2001 album. 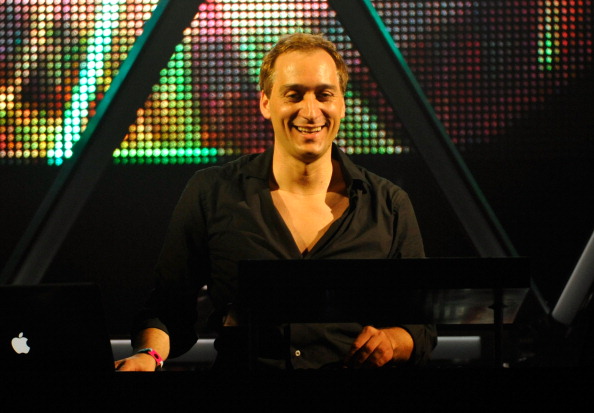 In 2007, Paul released his fifth studio album, "In Between," which debuted at number two on Billboard's Top Electronic Albums chart. It features an array of collaborations by such artists as David Byrne, Jessica Sutta, and Wayne Jackson. Paul's sixth studio album, "Evolution," came out in 2012. It was followed by "The Politics of Dancing 3" in 2015. Paul's subsequent albums have included "From Then On," "Music Rescues Me," "Guiding Light," and "Off the Record."

As a composer, Paul created the music for the Mexican fantasy adventure film "Zurdo," released in 2003. For his work, he won an Ariel Award, the highest film award in Mexico. Paul also contributed to the soundtrack of the 2004 Australian film "One Perfect Day," and wrote and produced the music featured in the video game "Grand Slam Tennis" and its sequel "Grand Slam Tennis 2."

Paul has done a plethora of popular remixes. Some of the most notable tracks he has remixed have included Binary Finary's "1998"; Britney Spears' "Gimme More"; Depeche Mode's "Martyr"; and Justin Timberlake's "What Goes Around… Comes Around."

During the A State of Trance festival in Utrecht, Netherlands in early 2016, Paul fell through a gap in the stage while performing. He suffered spinal and brain injuries, and had to cancel numerous performances. By mid-June, he began touring again with stops in Las Vegas and Ibiza.

Paul has been involved in some activist endeavors. Among them, he has worked to combat poverty by supporting programs in places such as Berlin and New York. In both 2004 and 2008, he participated in Rock the Vote to encourage young people in the United States to exercise their voting rights.

Paul Van Dyk is one of the first artists to receive a Grammy Award nomination in the Dance and Electronic category. Paul van Dyk was born Matthias Paul on December 16, 1971 in Eisenhuttenstadt, East Germany where he grew up in East Berlin. In East Berlin, van Dyk worked as a broadcast technician and began training to become a carpenter. He has said his musical education came from radio. There were no record stores in East Germany, so he kept in touch with the world on the other side of the Berlin Wall by secretly listening to the popular but forbidden Western radio stations and mixtapes occasionally smuggled into the country and copied among school friends. He is considered one of the first true superstar DJs and was the first artist to receive a Grammy nomination in the newly added category of Best Dance/Electronic album for his 2003 release "Reflections". He was named the World's No. 1 DJ in both 2005 and 2006. He was the first DJ to be named No. 1 by "Mixmag" in 2005. Paul van Dyk is an early pioneer of trance music, starting back in the 1990s. These days, he prefers to shed the trance label and call his mixes electronic music. 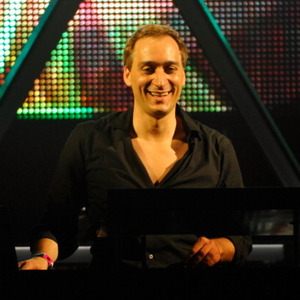