Ninjaman net worth: Ninjaman is a Jamaican dancehall DJ and actor who has a net worth of $1 million. Ninjaman was born in Saint Mary Parish, Jamaica in January 1966. His lyrics have created controversy for being pro-guns. Ninjaman started to DJ at the age of 12. He has recorded many albums since 1987 and had hits such as "Permit to Bury", "Murder Dem", and "Above the Law" which served to reinforce his violent image.

Ninjaman has had rivalries with other artists such as Shabba ranks. Criticism of his violent lyrics led to a decline in his performances and recordings in 1993. He changed his name to Brother Desmond and performed gospel reggae music in 1997. In March 2009 Ninjaman was arrested and charged in connection with the murder of Ricardo Johnson with his son Janiel in Jamaica. He posted bail of $2 million JD and he is awaiting trial which is scheduled for April 2015. He appeared in an episode of the TV series The Word in 1990. 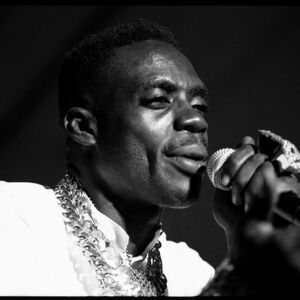