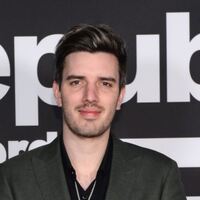 Netsky net worth: Netsky is a Belgian drum and bass producer and musician who has a net worth of $12 million. Netsky was born in Edegem, Belgium in March 1989. He released his self-titled debut studio album in 2010. Netsky released the album 2 in 2012 which reached #1 in Belgium and his album 3 was released in 2016 and also reached #1 in Belgium. His single "Running Low" (featuring Beth Ditto) also reached #1 in Belgium. Netsky has collaborated with several artists including Jenna G, Digital Farm Animals, Paije, Lost Frequencies, A. CHAL, Danny Byrd, Metrik, Jauz, Lowell, and Chromeo. He has remixed songs for artists including Miike Snow, Swedish House Mafia, Madeon, Ed Sheeran, Dua Lipa, and more. Netsky's other singles include "Moving with  You" (featuring Jenna G), "Give & Take", "Come Alive", "Love Has Gone", "We Can Only Live Today (Puppy)" (featuring Billie), "Rio (featuring Digital Farm Animals), "Work It Out" (featuring Digital Farm Animals), and "Here with You" (featuring Lost Frequencies).