Moby Net Wort: Moby is an American singer-songwriter, musician, DJ and photographer who has a net worth of $25 million dollars. Moby became a household name with the release of his album, "Play" in the late 90s. "Play" is the highest selling electronica album ever, with 10 million copies sold internationally. As of this writing he has released 15 studio albums, a live album, ten compilation albums, more than 70 singles and multiple videos/remixes. He has sold 20 million albums worldwide and continues to DJ around the world.

Early Life and Career Beginnings: Moby was born as Richard Melville Hall in 1965 in Manhattan's Harlem neighborhood. He is the only child of medical secretary Elizabeth and chemistry professor Frederick, who died in a car crash while driving drunk when Moby was only two. Moby was raised by his mother in San Francisco, California and then briefly in Stratford, Connecticut. Economically challenged, they occasionally had to stay with Moby's grandparents in the Darien suburb of New York City.

Taking up music at the age of nine, Moby began on classical guitar while receiving piano lessons from his mother. Later, he studied music theory, jazz, and percussion. In 1983, he became the guitarist of the hardcore punk band Vatican Commandos, and briefly served as the lead vocalist for the band Flipper. After graduating from Darien High School, Moby enrolled at the University of Connecticut as a philosophy major. There, he spun records at the campus radio station, which led to work as a DJ at local bars and clubs. Growing increasingly unhappy at Connecticut, Moby transferred to State University of New York at Purchase. However, he dropped out in 1984 to pursue a full-time music career.

Music Breakthroughs: With his close friend Damian Loeb, Moby relocated to New York City in 1989. There, he performed DJ sets at clubs and bars, and played guitar in the alternative rock band Ultra Vivid Scene. In 1990, Moby signed a deal with Instinct Records, a fledgling independent dance label. After releasing a number of singles under various pseudonyms, Moby released the single "Mobility" under his own name. Subsequently, he had a breakthrough hit with a remix of his 1991 song "Go," which earned him national exposure in the UK. Moby then released his self-titled debut album in 1992, and his follow-up, "Ambient," in 1993. During the latter year, he signed a contract with Elektra Records that lasted for five years.

Between 1992 and 1997, Moby had eight top ten hits on the Billboard Dance Club Songs chart, including "Feeling So Real," "Move (You Make Me Feel So Good)," and "James Bond Theme (Moby Re-Version)." The artist garnered a new level of acclaim in 1995, when he released the critically lauded album "Everything is Wrong." Following this, Moby released a myriad of dance singles under pseudonyms such as DJ Cake and Lopez. A major stylistic change came with Moby's 1996 punk-influenced album "Animal Rights," which alienated much of his fanbase.

"Play" and Global Success: Moby achieved his greatest commercial and critical success with his fifth album, 1999's "Play." With each of its tracks licensed to films, television shows, and commercials, the album became a surprise global hit in 2000, and remains Moby's highest-selling album with 12 million copies sold. Among the singles it spawned was "South Side," featuring Gwen Stefani, which became Moby's only song to appear on the US Billboard Hot 100, at number 14. Following this, Moby recorded albums in a variety of styles including electronic, dance, rock, and downtempo music. His 2002 album, "18," went to number one in the UK and 11 other countries, and number four in the US. Moby's seventh album, "Hotel," produced the hit singles "Lift Me Up" and "Slipping Away." In 2008, Moby returned to electronic dance with the album "Last Night."

Moby's later albums have seen him explore ambient music, including "Wait for Me" and the almost four-hour release "Long Ambients 1: Calm. Sleep." In 2016, Moby formed the musical project the Void Pacific Choir, which features seven guest vocalists. With the Choir, he released the albums "These Systems Are Failing" and "More Fast Songs About the Apocalypse." These were followed by "Everything Was Beautiful, and Nothing Hurt," "Long Ambients 2," "All Visible Objects," "Live Ambients – Improvised Recordings Vol. 1," and 2021's "Reprise," which features orchestral and acoustic arrangements of his songs performed by the Budapest Art Orchestra. 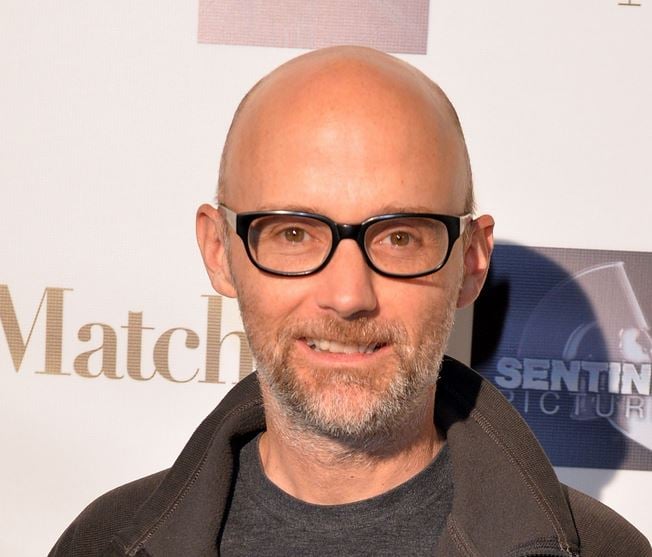 Collaborations: Throughout his career, Moby has had a plethora of collaborations with other musical artists, and has written and had his music featured in films. He has collaborated with Public Enemy, the Bongos, Lou Reed, Kris Kristofferson, Michael Stipe, Slash, New Order, and Mylène Farmer, among many others. In 2018, Moby was a guest performer on the track "A$AP Forever"; it became his second-ever appearance on the Billboard Hot 100 singles chart. On film, Moby composed the score to the 2007 thriller "Southland Tales," and has had music featured in everything from the "Bourne" series to the romantic drama "Charlie Countryman" and the documentary "Cathedrals of Culture."

Personal Life and Activism: For 21 years, Moby lived in New York City. He subsequently moved to the Hollywood Hills of Los Angeles, purchasing the castle Wolf's Lair for around $4 million. He sold the castle in 2014, and downsized to a smaller home in Los Feliz. Moby also owns an apartment in Manhattan's Little Italy neighborhood. He is not known to date very often.

Moby is an advocate for numerous causes, having worked with the Humane Society, Farm Sanctuary, and the progressive public policy advocacy group MoveOn. Particularly passionate about veganism and animal rights, he previously owned vegan eateries in Los Angeles and Manhattan.

Real Estate: Moby has arguably been more successful with real estate than he has been with his music career. Over the decades Moby has owned and flipped dozens of properties. The most notable examples include a penthouse in New York City above Central Park West which he bought for $4.5 million in 2005 and sold in 2008 for $6.7 million. In 2009 he paid $3.75 million for a penthouse loft in Manhattan's NoHo neighborhood which he sold in 2012 for $5.8 million.

In March 2010 he spent $4 million on a lavish LA castle-like mansion known as the Wolf's Lair. He then spent $2 million on a variety of renovations and upgrades. The home features a guest house that was designed by famed architect John Lautner. He sold this property in 2014 for an impressive $12.4 million.

He owns several homes in LA's Los Feliz neighborhood. One of his Los Feliz homes, which he bought for $3.4 million in 2016, was sold to Leonardo DiCaprio in 2019 for just under $5 million. 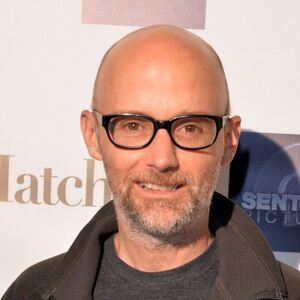