Michelle Visage net worth: Michelle Visage is an American singer, radio DJ, and television personality who has a net worth of $2 million. She was born Michelle Lynn Shuck in 1968 in Perth Amboy, New Jersey. She graduated from a performing arts high school in South Plainfield, New Jersey and left for Manhattan to pursue her dreams and attend the American Musical and Dramatic Academy. In 1990, she became one of the members of an R&B dance vocal trio called Seduction. The group had several pop and dance hits, including the song, "Two to Make It Right". After the group's breakup, Visage collaborated with freestyle dance act TKA as a guest vocalist on the song "Crash (Have Some Fun)". In 1992, she provided lead vocals to another dance act called The S.O.U.L. S.Y.S.T.E.M; Its song "It's Gonna Be a Lovely Day", which was a cover version of the Bill Withers song "Lovely Day", was included on the soundtrack to "The Bodyguard" and became a #1 dance single that year, peaking at #34 on the Billboard Hot 100 early the next year. In 1996, Visage became the co-host of RuPaul's VH1 talk show The RuPaul Show and worked on several other projects with RuPaul over the next few years.  She has also hosted television programs like VH1's red carpet coverage of the 1998 Grammys and, in 2002, Grease's 25th-anniversary re-release party. Visage was co-host of The Jamz Session on Hot 92 Jamz (KHHT) in Los Angeles from 2002-2005, and later that year returned to New York City where she served as co-host of The Morning Mix on (WNEW-FM) until December 2006. She then moved to Florida and appeared on a number of other radio programs until 2011 when she moved back to Los Angeles to work with RuPaul again on projects like RuPaul's Drag Race. In 2015, Visage became one of the contestants on the fifteenth series of Celebrity Big Brother in the UK. 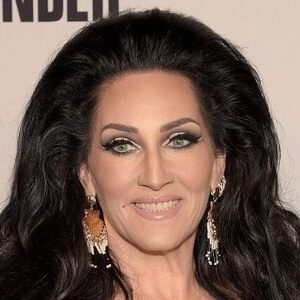