Matt Siegel Net Worth and salary: Matt Siegel is an American radio host who has a net worth of $4 million. Matt Siegel was born in Spring Valley, New York in March 1950. Siegel is best known for being the host of the Matty in the Morning Show on KISS 108 in Massachusetts. He started off by emceeing his high school talent show. Siegel's first radio job was in Oneonta, New York and then he worked at KWFM-FM in Tucson, Arizona. He also worked as a freelance producer and a commercial voice-over announcer at Warner Bros. Records. While he was on vacation in Boston, MA in 1977 Matt found a job opening at WBCN-FM and started off as a fill-in. He became a permanent mid-day host for two and a half years and created a spoof shot called Dr. Matt's Advice to the Love Lorn. He hosted 5 All Night for WCVB-TV and was offered a morning spot with KISS 108 FM in 1980. His show Matty in the Morning is KISS 108's highest rated show and the leading FM morning show in the Boston area. The show has over 450,000 listeners a week and earned Siegel the National Association of Broadcasters' Marconi Award for Morning Show Personality of the Year-Major Market. Siegel was inducted into the Massachusetts Broadcaster's Hall of Fame in 2012. 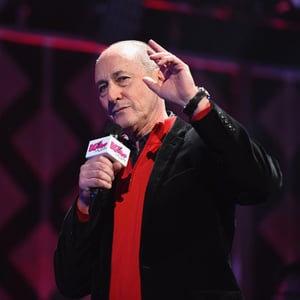