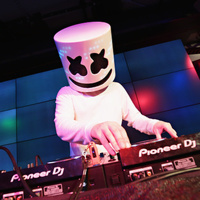 What is Marshmello's Net Worth?

Marshmello is an American DJ and producer of electronic music, best known for his hit songs "Happier," "Alone," "Silence," "Friends," and "Wolves." Marshmello has a net worth of $50 million. He has collaborated with numerous artists including Bastille, Khalid, and Selena Gomez. Marshmello is named for the custom white helmet he wears in music videos and during public appearances, which resembles a marshmallow.

Marshmello, whose real name is Christopher Comstock, was born in 1992 in Philadelphia, Pennsylvania. He first started gaining recognition in early 2015, when he began posting original songs to SoundCloud. Later in the year, after releasing a number of remixes of songs by popular DJs, he gained the attention of DJ Skrillex, who reposted Comstock's song "Find Me" on his own SoundCloud page. Comstock went on to hold performances at venues and events such as New York's Pier 94 and Miami Music Week.

Through his label Joytime Collective, Comstock, now going by the pseudonym Marshmello, released his debut album "Joytime" in early 2016. The album peaked at number five on Billboard's Dance/Electronic Songs chart, and spawned the hit single "Keep it Mello." Following this, Marshmello released the single "Alone" through the Canadian record label Monstercat. The track was his first to break into the Billboard Hot 100, and became certified Platinum in both Canada and the US.

Following singles such as "Chasing Colors," "Moving On," and "Love U," Marshmello had one of his biggest hits with 2017's "Silence," a collaboration with R&B artist Khalid. The song charted in the top ten in over 15 countries, and was also certified multi-Platinum in many of them. Later in 2017, Marshmello had another smash with "Wolves," by Selena Gomez; it became his highest-charting Billboard Hot 100 song of the year, and was certified Gold in numerous countries. The next year, Marshmello had further success with "You & Me," "Spotlight," and "Friends." The lattermost song, a collaboration with British singer Anne-Marie, peaked at number 11 on the Billboard Hot 100. 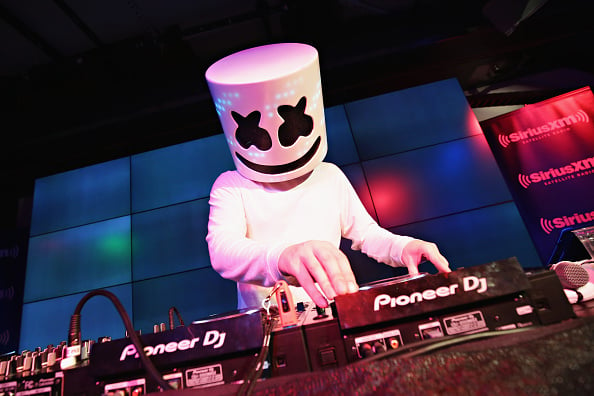 Among his other collaborations, Marshmello has worked with such artists as Logic, Juicy J, Svdden Death, SOB X RBE, Blackbear, and Yungblud. On the lead single "Rescue Me" from his 2019 album "Joytime III," Marshmello collaborated with rock band A Day to Remember. The next year, he appeared on Juice Wrld's posthumous album "Legends Never Die," contributing to the hit tracks "Hate the Other Side" and "Come & Go." Additionally, in early 2019, Marshmello collaborated with the video game "Fortnite Battle Royale" to throw a two-day in-game concert, which drew more than ten million players on its first day alone.

On YouTube in 2019, Marshmello released a documentary called "More Than Music (Artist Spotlight Series)," which focuses on the process of creating and maintaining the Marshmello brand. Also on YouTube, Marshmello has posted a series of cooking and gaming videos. In the former, he presents various methods for making meals and snacks.

Using the $1 million prize money he and "Fortnite" player Tyler Blevins won from the E3 Celebrity Pro Am charity tournament, Marshmello donated to the organization Kids in Need of Defense. Known as KIND, the group provides legal services to refugees and immigrant kids. Additionally, through his dog-themed video to the single "Happier," Marshmello supported the #FindYourFido campaign of the American Society for the Prevention of Cruelty to Animals.