What is Mark Ronson's Net Worth?

Mark Ronson is an English musician, DJ and music producer who has net worth of $20 million. Mark Ronson is an Grammy-award winning musician, songwriter, producer, and record executive who is well-known for his collaborations with artists like Amy Winehouse, Adele, Lily Allen, Robbie Williams, Miley Cyrus, and Bruno Mars, among others.

His debut album "Here Comes the Fuzz" was released in 2003. His second album, 2007's "Version", consisted of all cover songs and had three singles that made it into the top 10 of Billboard. In UK, the album debuted at 2nd position in the Billboard 200, with singles "Stop me" debuting at number 2 in the UK, top 5 in the US Dance Charts and in the top 40 in the top 40 in Italy and Australia.

In 2004, he formed Allido, his own record label with Rich Kleiman, his longtime manager.

Ronson was born on September 4, 1975 in Notting Hill, London, England. His father, Laurence Ronson, worked as a music manager and publisher before becoming a real estate developer. His mother, Ann Dexter-Jones, was a writer, jewelry designer, and socialite. He was brought up in a Conservative Jewish household.

His parents divorced when Ronson was a child and his mother remarried the guitarist of the band Foreigner, Mick Jones. Ronson then moved with his mother, stepfather, and sisters to the Upper West Side of Manhattan in New York City when he was eight years old. His two younger sisters are twins – Charlotte and Samantha. He also has two step-siblings and two-half siblings through his mother's remarriage and three more half-siblings through his father's second marriage. He attended the private Collegiate School in Manhattan and then attended Vassar College followed by New York University.

While Ronson had always been interested in music, he didn't start working in the field until he was attending New York University. He regularly went to many of the downtown hip hop clubs and became known as a DJ in the New York club scene by the early 1990s. Even in these early days, Ronson was known for weaving together diverse genres and attracted a wide audience by fusing funk, rock and rock, and hip hop into his setlists. He started booking more high-profile events and became so popular in New York that by 1999, he was featured in an ad for Tommy Hilfiger denim that was set in a recording studio.

In 2001, Ronson signed a record contract with Elektra Records. He also started working with musician Nikka Costa and produced several of her singles. In 2003, Ronson released his debut album, "Here Comes the Fuzz." The album did not sell particularly well but it was well-received by critics. One of the singles on the album, "Ooh Wee," eventually charted at number 15 on the UK Singles Chart and was also featured in the film, "Honey." However, due to low sales, Elektra Records dropped Ronson two weeks after the album's release.

Ronson then decided to form his own record label, Allido Records, in 2004 with his longtime manager Rich Kleiman. Ronson also continued working on his own music. In 2007, he release a cover of The Smiths' track, "Stop Me If You Think You've Heard This One Before," and it reached the second spot on the UK Singles Charts. His next full album, "Versions," was released soon after and received praise by critics in both the UK and the US. He also started working with artists like Daniel Merriweather, Amy Winehouse, and Robbie Williams. For his work with Winehouse, he received his first Grammy Award nomination in the Producer of the Year, Non-Classical category. Her album, "Back to Black," was primarily produced by album and would go on to win several Grammy awards. 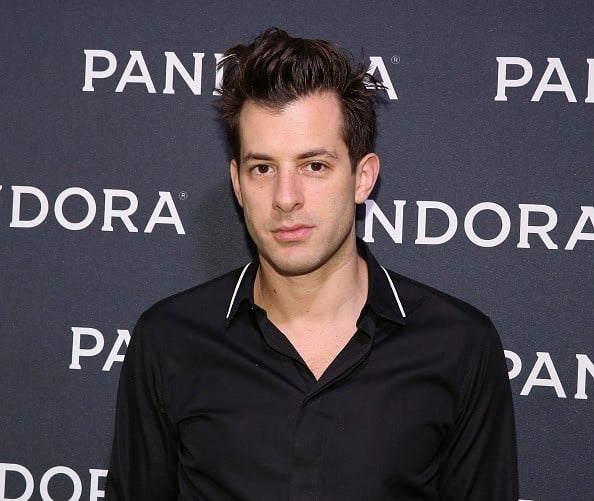 His work with Winehouse continued to earn Ronson critical acclaim. Winehouse's single, "Valerie," became a massive hit around the world. Simultaneously, Ronson was touring extensively through Europe in 2008, selling out performances at famous venues like The Hammerstein Apollo and Brixton Academy.

Ronson then began working with Duran Duran, producing their 13th and 14th albums, as well as creating new arrangements for some of their classic tracks. He also began working on his own new album, "Record Collection," which was released in September of 2010. He also provided the score for the 2011 film, "Arthur."

In November of 2014, Ronson released a new single from his upcoming album. The track was "Uptown Funk" and featured Bruno Mars on vocals. The song became a massive hit, reaching number one in the UK and the US, as well as top 10 in nearly every country in the world. In February of 2015, Ronson won the Brit Award for British Single of the Year for "Uptown Funk." He also two Grammy awards for the track in 2016.

Following this success, Ronson worked with Lady Gaga as an executive producer on her fifth album, "Joanne." He also produced the Queens of the Stone Age's 2017 album, "Villains. The following year, in 2018, he founded a new label, Zeig Records. He signed singer King Princess and the duo Silk City, which soon after released the single "Electricity" featuring Dua Lipa which went on to receive the Grammy Award for Best Dance Recording.

Ronson worked with Miley Cyrus in 2018 and also co-wrote the song, "Shallow," for the film, "A Star is Born." The song earned Ronson an Academy Award and Golden Globe Award for Best Original Song, as well as the Grammy Award for Best Song Written for Visual Media. Ronson released his fifth album, "Late Night Feelings," in 2019.

In 2002, Ronson began dating actress-singer Rashida Jones. They became engaged in March of 2003 but then ended their relationship a year later. In September of 2011, Ronson married the French actress and singer, Josephine de La Baume. The couple were married for six years before La Baume filed for divorce in 2017, which was finalized in 2018. In September of 2021, Ronson announced that he had married actress Grace Gummer after a year of dating.

Ronson splits his time in New York, London, and Los Angeles. He is as a fan of English Premier League football club, Chelsea F.C., and also like the New York Knicks. 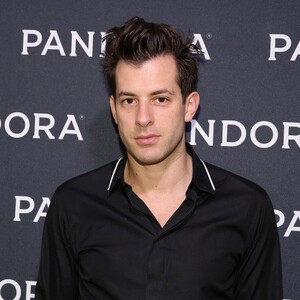