Lady Bunny net worth: Lady Bunny is an American drag queen, DJ, and promoter who has a net worth of $400 thousand. Lady Bunny was born in Chattanooga, Tennessee in August 1962. Lady Bunny is also the founder of the annual Wigstock event. She has released the disco singles "The Pussycat Song" and "Shame, Shame, Shame!".

Bunny has starred in movies such as Wigstock: The Movie, Party Girl, Starrbooty, Peoria Babylon, and To Wong Foo, Thanks for Everything! Julie Newmar. She was a fixture in the Atlanta, Georgia gay scene before moving to New York City in 1984 where she organized the annual drag queen festival Wigstock. She was also featured in the web series Queens of Drag: NYC in 2010. She was a judge for the TV series RuPaul's Drag U from 2010 to 2012 and appeared in an episode of Sex and the City in 2003. She was also a roaster of Pamela Anderson on Comedy Central in 2005. 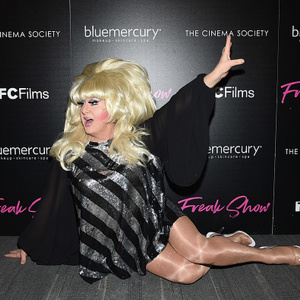