Kyle Sandilands net worth and salary: Kyle Sandilands is an Australian radio host and television personality who has a net worth of $40 million. He co-hosts the morning radio show The Kyle and Jackie O Show on KIIS 106.5 in Sydney with Jackie O.

Kyle Sandilands was born in Brisbane, Queensland, Australia in June 1971. Sandilands was a judge on the reality television series Australian Idol from 2005 to 2009. In 2008 he began hosting the reality TV series Big Brother and in 2010 he became a judge on the reality series Australia's Got Talent and the Australian The X Factor. He is quite controversial and is known as a shock jock. In 2014 he appeared in the film Fat Pizza vs. Housos. Kyle Sandilands has served as a narrator for the reality TV series Meet the Hockers. He has worked for other radio stations including 2Day FM, Mix 101.1, and Fox FM in Melbourne.

Contract: In October 2019 Kyle and Jackie O signed a $50 million contract with KISS FM. The contract now pays each host roughly $40,000 per show and runs through 2024. 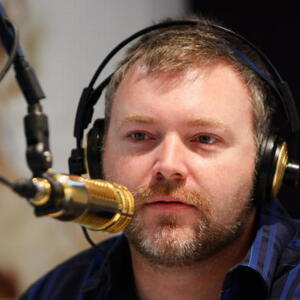