Kygo net worth: Kygo is a Norwegian DJ and record producer who has a net worth of $25 million. Kygo first became well-known for his 2013 remix of the song "I See Fire" by Ed Sheeran. The Song would eventually garner more than 300 million views on YouTube. Kygo himself has over 3 billion views on YouTube. To date, Kygo has remixed songs by Rihanna, Whitney Houston, James Blake, Passenger, Matt Corby, Dolly Parton, The xx, Ellie Goulding, Marvin Gaye, The Weekend,  Of Monsters and Men, among others.

Early Life: Kygo was born Kyrre Gørvell-Dahll in Singapore on September 11, 1991. At the time his family was living abroad for his father's work. Kygo mainly grew up in Bergen, Norway. He started taking piano lessons at age six. At age 15 he began producing music using a MIDI keyboard and Logic Studio. He learned to produce by watching YouTube tutorials. He was studying business at a University in Scotland when he decided to follow in the footsteps of his idol, fellow Swede Avicii, and pursue music full-time.

Career: Kygo released his first single "Epsilon" on the Romanian record label Ensis Records in May 2013. After making waves on Soundcloud and YouTube, later in 2014 Kygo was asked by Chris Martin of Coldplay to remix their song "Midnight". Kygo was asked to be the supporting act of Avicii at the Findings Festival in Oslo, Norway through 2014. In September of that year, Kygo, due to health reasons cited by Acivii, replaced Avicii at the mainstage at the TomorrowWorld concert. On December 1, 2014, Kygo released the single "Firestone" (featuring Conrad Sewell). The song garnered him international attention and charted on several charts worldwide. It eventually reached #1 in Norway and the Top 5 in Austria, Belgium, Finland, Germany, the Netherlands, Sweden, and Switzerland.

Kygo's 2015 single "Stole the Show" (featuring Parson James) reached #1 in Norway and Sweden and the Top 3 in Finland, Germany, the Netherlands, and Switzerland. That same year, he released "ID" and it was featured as the official trailer for Ultra Music Festival. Kygo released his third single "Nothing Left" featuring Will Heard on July 31, 2015. It shot to No. 1 on the Norwegian Singles Chart. Kygo was a featured headliner at Lollapalooza in August 2015. He made his U.S. television debut on "The Late Late Show with James Corden" in October 2015.

In December 2015, Kygo became the fastest artist in history to reach one billion streams on Spotify thanks to the single "Stay." He then released his debut studio album "Cloud Nine" and embarked on a worldwide tour to promote the album. Kygo launched a lifestyle brand called Kygo Life in August 2016. The same month, he performed "Carry Me" at the closing ceremony of the 2016 Summer Olympics in Rio de Janeiro, which bolstered his popularity even further.

One of Kygo's biggest hits yet came in February 2017, a collaboration with Selena Gomez titled "it Ain't Me." The song is the lead single from Kygo's first EP "Stargazing." It was an instant hit, streamed over 1 billion times on Spotify and number one in Croatia, Lebanon, and Norway, and hit amongst the top five peaks in Australia, Austria, Belgium, Canada, the Czech Republic, Denmark, Finland, France, Germany, Greece, Hungary, Ireland, the Netherlands, New Zealand, Poland, Portugal, Scotland, Slovakia, Sweden and Switzerland. It also reached the top 10 in Italy, Spain, the United Kingdom, and the United States. Kygo released his second studio album, "Kids in Love," in November 2017 and embarked on a tour of the same name. That same year, Kygo released a remixed version of the U2 song "You're the Best Thing About Me." The song was also released as his collaborative single with the band.

Personal Life: Kygo got the idea for his stage name through a username he received in high school for a digital learning platform. The service used parts of his name to create a nickname, therefore "Ky" and "Go."  Kygo has stated: "Kygo [as an artist name] has been absolutely perfect. It is very easy to say, in both Norwegian and English. And I have no need to change the artist name in the future."

He was previously in a relationship with Maren Platou but is now single as of this writing. His favorite sports team is Manchester United and his favorite player is Juan Mata. In June 2016, it was reported that Kygo gave $50,000 USD of the profits from his sold-out festival from August of that year to various charities in Uganda and other nations. Kygo was quoted: "Everyone should be permitted to live with one's sexual orientation. That is not the situation in Uganda and quite a few other countries across the world". 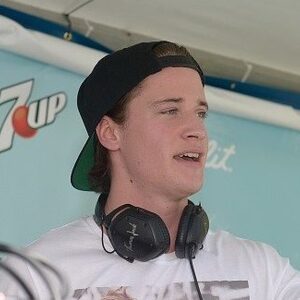