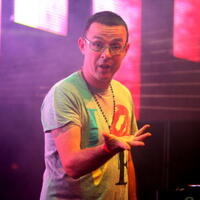 Judge Jules net worth: Judge Jules is a British dance music DJ and producer who has a net worth of $42 million. Judge Jules acquired that net worth as a dance music DJ and producer. He also has a popular radio show on Radio 1. He has also worked in journalism. Born Julius O'Riordan on October 26, 1966, in London, England, Judge Jules has become a prominent figure in the world of house music and DJ culture. Ever since 1997, he got his career rolling and has made a name for himself with his radio program, numerous appearances at some of Europe's leading nightspots, and with almost 40 mix CDs on a number of different labels. The radio show that he hosted on BBC Radio 1 soon transformed into an international broadcast, entitled as The Global Warm Up, earning him listeners all over the globe. Concurrently, he was also a regular at the seasonal events in Ibiza, especially at the Eden club night Judgement Sunday. While in the world of recording artists, he made a single with Paul Masterson entitled Pitchin, which landed Jules a spot on the hit parade television show, Top of the Pops in 2000. He also mixed CDs for labels such as Ministry of Sound, under which he released two albums Proven Worldwide in 2006 and Bring The Noise in 2009. Jules went on to make appearances all over Britain and Europe and in 2012 he signed with Paul Van Dyk's label VANDIT Records, releasing The Attack and Give Me A Reason. In addition to DJ-ing, he has worked with designers to produce his own clothing range Heroes and Villains and has also made a couple of TV appearances. Furthermore, he joined UK's charity Breakthrough Breast Cancer giving his support against cancer via the Breakthrough Running Club as the club DJ in 2009.