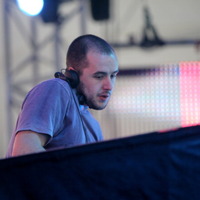 Jon Gooch net worth: Jon Gooch is a British DJ and music producer who has a net worth of $3 million. Jon Gooch was born in Hertfordshire, United Kingdom in August 1984. He is often known by his stage names Spor and Feed Me. Gooch produces dubstep, drum and bass, and electro house music. As Feed Me he has released six EPs and one full length album Calamari Tuesday in 2013. He has remixed songs by artists such as Muse, Timbaland, Gorillaz, Robyn, Nero, Two Door Cinema Club, Awolnation, and Depeche Mode. Gooch has also released a lot of music under the name Spor as well as various other names. He has also remixed songs by artists such as Bad Company UK, Basement Jaxx, and The Prodigy. Jon Gooch has been associated with deadmau5. His latest Feed Me EP A Giant Warrior Descends on Tokyo was released in 2015.