How much is John Laws Worth?

John Laws Net Worth: John Laws is an Australian radio presenter who has a net worth of $20 million. Born Richard John Sinclair Laws on 8 August 1935, in Wau, Territory of New Guinea, he made a name for himself as a radio presenter of over 60 radio stations across Australia. In the course of his more than a four-decade-long career, he expanded his hosting duties to four national television programs, as well as he recorded numerous top selling albums, authored few successful books, wrote a great number of columns for the Sunday Telegraph and hosted his own nightly talk show 'Laws' with Foxtel. Laws eventually became an Australian legend both in and outside the radio industry. Nicknamed Golden Tonsils thanks to his distinctive voice, John Laws also earned the title, King of Radio, as a trusted voice of 'dial in democracy.' Being on the air since the late 1970s, Laws first decided to retire in 2007. However, he got back to the radio in February 2011, when he started to host a morning program on 2SM and the Super Radio Network. 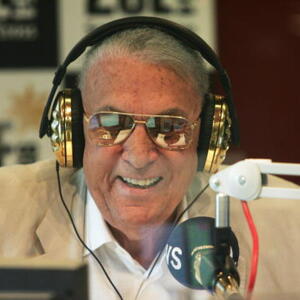