Jerry Blavat Net Worth and salary: Jerry Blavat is an American disc jockey who has a net worth of $1.5 million. Jerry Blavat was born in Philadelphia, Pennsylvania in July 1940. He is known as "The Geator with The Heator" and promotes oldies music on the radio. Blavat debuted in 1953 on Bandstand on WFIL-TV.

He managed Danny and the Juniors on a national tour and worked as Don Rickles' valet. Blavat got started in radio in 1960 and had his show syndicated by 1963. He was a partner in the Crimson and Lost Nite record labels and was part owner of the Record Museum record stores. He produced and hosted the weekly television show The Discophonic Scene in Philadelphia. Blavat has appeared in the movies Cookie, Miss December, and Mancation. He purchased a nightclub in 1972 named Memories located in Margate, New Jersey. In 1981 Blavat was having dinner with Greek mob boss Chelsais "Steve" Bouras when Bouras was shot dead. He was tied to the Bruno-Scarfo crime family in the 1990s but pled the fifth. His autobiography You Only Rock Once: My Life in Music was published in 2011. 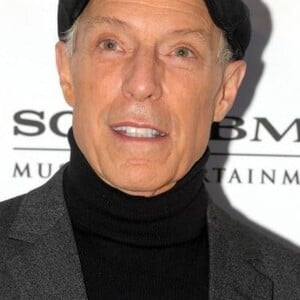