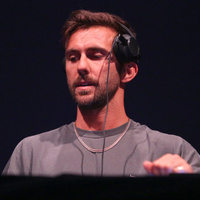 Hot Since 82 Net Worth

in Richest Celebrities › Richest DJs
Hot Since 82 Net Worth:
$10 Million
💰 Compare Hot Since 82's Net Worth

Hot Since 82 net worth: Hot Since 82 is a British DJ and house music producer who has a net worth of $10 million. He is most likely known for being nominated for Producer of the Year at the 2017 Electronic Music Awards.