How much is Hardwell Worth?

Hardwell Net Worth: Hardwell is a Dutch progressive and electro house DJ and music producer who has a net worth of $23 million. Robbert van de Corput (aka Hardwell) was born January 7, 1988 in Breda, Netherlands. He is widely known for his live sets at major music festivals such as Tomorrowland and Ultra. The video streams of his performances on his personal YouTube channel have collectively garnered more than 100 million views. In 2013, he was crowned Worlds No.1 DJ in the DJ Mag Top 100 DJs Poll, cementing his position as the electronic scene's newest superstar DJ and becoming the youngest ever winner of the coveted Top 100 DJs award. His sound is characterized by complex drum ensembles, bold synths and emotive chords. First entering the DJ Mag Top 100 DJs Poll at No. 24 in 2011, Hardwell rose to No. 6 in the 2012 edition of the poll before being crowned World No. 1 DJ in the 2013. His record label Revealed Recordings has also grown to become a dominant force as a tour brand in its own right, named Hardwell presents Revealed, having staged events in America, Greece, Switzerland, Austria and Netherlands. In March of 2011, Hardwell launched his own radio show and podcast, Hardwell On Air, which is broadcasted on more than 35 international radio stations, including Holland's top dance station, SLAM!FM, Sirius XM in the US and Radio FG in France and Belgium. His podcast has maintained a solid spot in the iTunes Top 10 Podcasts in more than 40 countries. He has released five compilation albums through his label, as well as his own documentary film. Hardwell has stated that he is working on his debut studio album, which is expected to be released sometime in 2014. 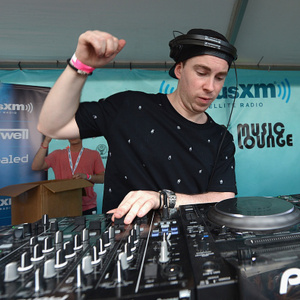