George Noory Net Worth and Salary: George Noory is an American radio talk show host who has a net worth of $5 million and annual salary of $1 million. He is best-known for hosting the radio show "Coast to Coast AM". He has also made notable appearances on the History Channel series "Ancient Aliens".

He was born George Ralph Noory on June 4, 1950, in Detroit, Michigan. After graduating from the University of Detroit in 1972 with a bachelor's degree in Communications, George went to work in the news department of WCAR, and later at Storer Broadcasting's Detroit CBS affiliate WJBK channel 2. He moved to St. Louis in 1979 to become the news director at KSDK channel 5 television. Noory was only 28 years old when he became the youngest news director in the country while at KSTP channel 5 in St. Paul, Minnesota.

Noory eventually moved back to St. Louis where he hosted his own late-night radio show called "Nighthawk".

It was in January 2003, when Noory stepped in Art Bell's shoes becoming the weekday host of "Coast to Coast AM", a nightly national radio call-in show dealing with UFOs, ghosts, and other paranormal topics. It is one of the most listened to overnight programs in North America, broadcasting to the United States and Canada on many AM, FM and XM Satellite Radio. Loyal listeners were already acquainted with Noory before he took over from legendary host Art Bell as he had filled in as host on some of Bell's off-nights.

Today, he is one of the most prominent radio hosts with more than 40 years of broadcasting experience. 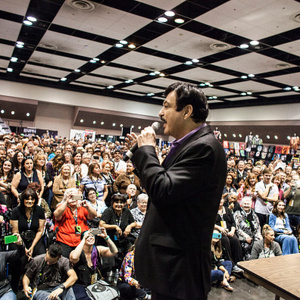