Gene "Bean" Baxter net worth and salary: Gene "Bean" Baxter is an English American radio talk show host who has a net worth of $10 million. Gene "Bean" Baxter is best known for being one half of the duo Kevin and Bean with Kevin Ryder. The morning show is broadcast on KROQ-FM in Los Angeles, California. The show debuted in 1990 and features music, news, comedy, celebrity interviews, call-ins from listeners, and more. Kevin and Bean hosted the New Year's Eve countdown going into 1990. Their show has been syndicated on other stations in Phoenix, Fresno, and Reno among others as well as on iTunes as a podcast. In 2015 Kevin Ryder and Gene "Bean" Baxter were inducted into the National Association of Broadcasters Hall of Fame. As an actor Baxter has appeared in the films Rock Star and Project X as well as in episodes of the TV series Married with Children and The O.C..

Bean's salary: In 1999 when their contract was up, Kevin and Bean were upset to learn that rivals Mark & Brian were making $3 million per year each. At the time Mark & Brian were syndicated to other stations whereas Kevin & Bean were only heard on KROQ in LA. They threatened to leave KROQ for a Disney syndication deal but ultimately opted to sign a new contract. At the peak of their careers they both earned $5 million per year in salary. As of this writing it is estimated that Kevin & Bean each earn $2-3 million per year. 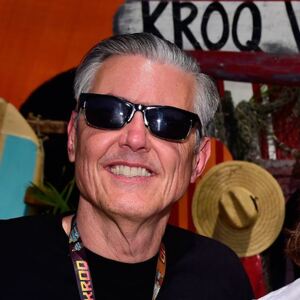