Gabry Ponte net worth: Gabry Ponte is an Italian DJ who has a net worth of $10 million. Gabry Ponte was born in Moncalieri, Metropolitan City of Turin, Italy in April 1973. He is best known for being part of the dance group Eiffel 65. The group formed in 1998 and broke up in 2005 before reuniting in 2010.

Their debut studio album Europop was released in 1999 and reached #4 in the US and New Zealand as well as #5 in Finland and #6 in France. The group also released the album Contact! in 2001 and their self-titled album in 2003. Their single "Blue (Da Ba Dee)" reached #1 in Australia, Austria, Europe, France, Germany, New Zealand, Sweden, Switzerland, and the UK as well as #3 in Italy and #6 in the United States. Their single "Move Your Body" also reached #1 in four countries. Ponte has also released several solo EPs and collaborated with several artists including Pitbull and Shaggy. 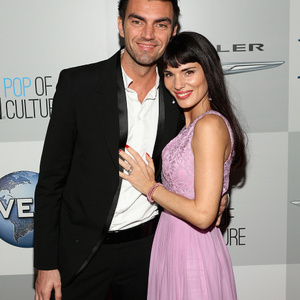