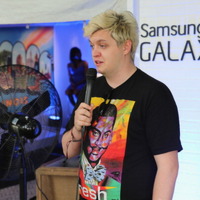 Flux Pavillion net worth: Flux Pavillion is an English DJ, producer, singer, songwriter, and record label owner who has a net worth of $8 million. Flux Pavillion was born in Towcester, United Kingdom in January 1989. He co-founded Circus Records in 2009. Flux Pavillion released his debut studio album Tesla in 2015. He has also released the Eps Boom EP in 2009 with Datsik & Excision, Nuke 'Em EP in 2009 with Datsik, Tom Encore & Redline, Lines in Wax in 2010, Blow the Roof in 2013, Freeway in 2013, Freeway Remixes in 2014, and Party Drink Smoke in 2016 with Doctor P. Flux Pavillion's singles "Bass Cannon", "Superbad" (with Doctor P), and "Daydreamer" (featuring Example) all reached the Top 10 on the UK Dance chart. In 2011 he was nominated for a BBC Sound of 2012 award. Flux Pavillion remixed the theme to Star Wars Rebels in 2014 after he was asked by The Walt Disney Company.