Ferry Corsten net worth: Ferry Corsten is a Dutch DJ, remixer, and music producer who has a net worth of $30 million. Ferry Corsten is most widely recognized for his trance music and his weekly show, "Corsten's Countdown". He has DJ'd in multiple countries and was ranked as one of the top 10 Djs in the world by DJ Magazine in 2009 and 2010.

Corsten was born in Rotterdam, Netherlands in December 1973. He released his first record at 16 years old. He sold mix tapes to kids and has used different aliases to produce and remix music. He released his single "Don't Be Afraid" using the alias Moonman. He and his partner established a dance label named Tsunami in 1997. His project System F achieved top 20 hits with "Out of the Blue" and "Cry". He collaborated with DJs Tiesto, Vincent de Moor, and Robert Smith. He was awarded at the 2000 Dancestar awards for his remix of Barber's "Adagio For Strings". Corsten has had the highest amount of dance singles on the UK charts for EDM artists. He started the label Flashover Recordings in 2005. He has toured as part of the Play Station Tour and the Heineken Tour. He hosts his weekly radio show Corsten's Countdown. He was ranked #7 by DJ Magazine in its annual Top 100 DJ Poll in 2009. He has won Best Trance DJ Ibiza in 2005 and 2007 as well as the 2007 SLAM!FM DJ of the Year awards. 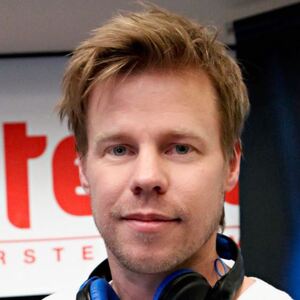