What Is Fatboy Slim's Net Worth?

He is known for the singles "The Rockafeller Skank," "Gangster Trippin," "Praise You," and "Right Here, Right Now," and he is one of the major pioneers of big beat. Norman has been a member of the bands The Housemartins, Beats International, Freak Power, and Pizzaman, and he formed the group The Brighton Port Authority with David Byrne in 2008, releasing the album "I Think We're Gonna Need a Bigger Boat" in 2009. As Norman Cook, he has released the compilation albums "Southern Fried House" (1995), "Skip to My Loops" (1998), "A Break from the Norm" (2001), and "The Ultimate DJ Sample Box" (2006). Fatboy Slim has won numerous awards for his work, including a Grammy and nine MTV Video Music Awards.

Fatboy Slim was born Quentin Leo Cook on July 16, 1963, in Bromley, Kent, England. He later changed his first name to Norman. Cook grew up in Reigate, Surrey, and attended Reigate Grammar School. He took violin lessons during his youth and became interested in punk music as a teenager after his brother brought home The Damned's debut album. Norman played in a few punk bands and became the drummer for Disque Attack, a rock band that was influenced by the new wave genre. When the band's lead singer was forced to quit to focus on his O levels, Cook took over lead vocalist duties. He met Paul Heaton at The Railway Tavern, and they formed the group the Stomping Pondfrogs together. At age 18, Norman enrolled at Brighton Polytechnic to study English, sociology, and politics, and he earned a 2:1 degree in British Studies. While attending college, he began honing his DJing skills in Brighton clubs, going by the name DJ Quentox.

Cook joined Paul Heaton's band the Housemartins in 1985, and they released the albums "London 0 Hull 4" (1986) and "The People Who Grinned Themselves to Death" (1987) and the hit 1986 singles "Happy Hour" and "Caravan of Love." The Housemartins split up by 1988, and Norman released "Blame It on the Bassline," his first solo hit, in 1989. He then formed the group Beats International and released the albums "Let Them Eat Bingo" (1990) and "Excursion on the Version" (1991) with them. The band had a #1 hit with the single "Dub Be Good to Me" in 1990, but a copyright infringement lawsuit resulted in Cook paying back twice the amount of royalties the song had generated, and he went bankrupt. He later formed the band Freak Power, releasing the albums "Drive-Thru Booty" (1994) and "More of Everything for Everybody" (1996) and the single "Turn On, Tune In, Cop Out," which was used in a Levi's ad campaign. Norman then formed the electronic duo Pizzaman with John Reid, and they released the album "Pizzamania" in 1995. Their single "Happiness" was featured in a fruit ad juice by Del Monte Foods. He also formed The Mighty Dub Katz with his former roommate, Gareth Hansome, and they established the Boutique Nightclub in Brighton. 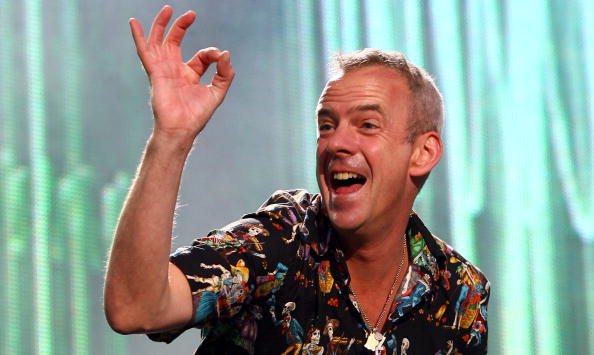 Cook began using the stage name Fatboy Slim in 1996, and he released the Gold album "Better Living Through Chemistry" in September of that year. In 1998, he followed it with "You've Come a Long Way, Baby," which was certified 4x Platinum in the U.K. and 3x Platinum in Australia. The album featured the top 10 singles (on the UK Singles Chart) "The Rockafeller Skank," "Gangster Trippin," "Praise You," and "Right Here, Right Now." Fatboy Slim's third album, 2000's "Halfway Between the Gutter and the Stars," went Platinum in the U.K., and the music video for "Weapon of Choice" starred Christopher Walken and won several awards. He produced the tracks "Gene by Gene" and "Crazy Beat" for the band Blur in 2003, and the following year, he released the fourth Fatboy Slim album, "Palookaville." In 2008, Cook and David Byrne formed The Brighton Port Authority and released the singles "Toe Jam" and "Seattle." In 2009, they released the studio album "I Think We're Gonna Need a Bigger Boat" and the singles "He's Frank (Slight Return)" and "Should I Stay or Should I Blow." In 2012, he returned as Fatboy Slim to perform "Right Here, Right Now" and "Rockefeller Skank" during the Summer Olympics Closing Ceremony, and he released the single "Eat, Sleep, Rave, Repeat" in 2013, followed by "Boom F**king Boom" in 2017 and "All The Ladies" in 2020.

Norman was married to Philippa Watson from 1986 to 1988, then he wed radio and television presenter Zoe Ball on August 20, 1999. Cook and Ball welcomed son Woody on December 15, 2000, and daughter Nelly on January 14, 2010, and they announced their separation in September 2016. Norman is a shareholder of the football club Brighton & Hove Albion, which he has supported since the late '80s. In 2009, he sought treatment for alcoholism at a Bournemouth rehabilitation centre and had to cancel his scheduled appearance at the music and sports festival Snowbombing. In 2019, Cook celebrated 10 years of sobriety.

As Fatboy Slim, Cook has been nominated for six Grammys, winning Best Short Form Music Video for "Weapon of Choice" in 2002. His other nominations were for Best Alternative Music Performance for "You've Come a Long Way, Baby" (2000), Best Dance Recording for "Praise You" (2000) and "Wonderful Night" (2006), Best Alternative Music Album for "Halfway Between The Gutter And The Stars" (2002), and Best Electronic/Dance Album for "Palookaville" (2006). He won an MTV Europe Music Award for Best Dance in 1999, and he has earned nine MTV Video Music Awards, three for "Praise You" and six for "Weapon of Choice." Norman received an ASCAP Pop Music Award for Most Performed Song for "Praise You" in 2000 and a DanceStar Award for Best Breakbeat/Eclectic Act in 2001, and he was honored with the Inspiration Award at the 2011 Q Awards.

Cook has earned 10 Brit Award nominations, taking home the prize for British Dance Act in 1999 and 2001. Cook has won MVPA Awards for International Video of the Year for "Right Here, Right Now" (2000) and "Ya Mama" (2002) and Best Electronic Video for "Don't Let the Man Get You Down" (2005). He received NME Awards for Best Dance Act in 1999, 2000, and 2001 and Best Dance Recording for "The Rockafeller Skank" in 1999, and he has received nominations from the Teen Choice Awards, BT Digital Music Awards, Denmark GAFFA Awards, Hungarian Music Awards, MTV Video Music Awards Japan, and World Music Awards. Norman has also earned more than a dozen Žebřík Music Award nominations, winning Best International DJ in 1999, 2000, 2001, and 2004. 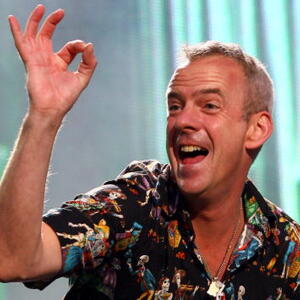