How much is Eddie Piolin Sotelo Worth?

Eddie Sotelo net worth and salary: Eddie "Piolin" Sotelo is a Mexican radio personality who has a net worth of $25 million dollars. At his peak his salary was $5 million per year.

Eddie Sotelo was born in Ocotlan, Jalisco. He is one of the most popular Spanish-language radio personalities in the United States. His show, "Piolin por la Manana", was broadcast on KSCA radio in Southern California and syndicated nationally from 2003 to 2013. The program, which was broadcast entirely in Spanish, earned a 9.9 rating with audiences, earning Piolin the nickname The Howard Stern of Spanish Radio. He was known for focusing on important issues as well as pop culture, and gave four hours of radio time to immigration rights supporters in 2005, and has interviewed multiple important figures, including Michelle Obama. In 2006, the Los Angeles Times named him as one of the "100 Most Powerful People in Southern California". He is often referred to by his childhood nickname, "Piolin", which means "tweety bird".

In July of 2013, Univision Radio abruptly cancelled his radio show without explanation. Within a week it was revealed that Sotelo had allegedly been physically, emotionally and sexually harassing a writer/producer from the show named Alberto "Beto" Cortez.

In 2014 he launched a new show "El Show de Piolin" on 40 stations through Entravision.

Real Estate: In 2006 Eddie paid $5.9 million for a 9,000 square-foot home in Calabasas, California. He rented this home for a time to rapper Tyga. At some point Tyga wracked up around $124,000 in unpaid rent. He was supposed to be paying around $12,000 per month in rent. Tyga was sued but the parties eventually settled the matter out of court. In 2014 Eddie sold the home to hip-hop mogul Anthony Tiffith for $6.7 million.

In August 2018, Piolin paid $4.62 million for a new mansion in the same Calabasas gated community as his other house. The seller was NBA star Al Harrington who bought the mansion in 2015 for $3.6 million. 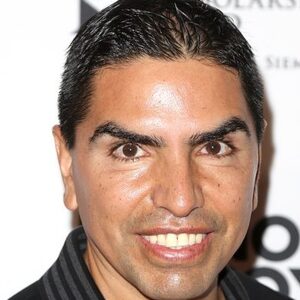